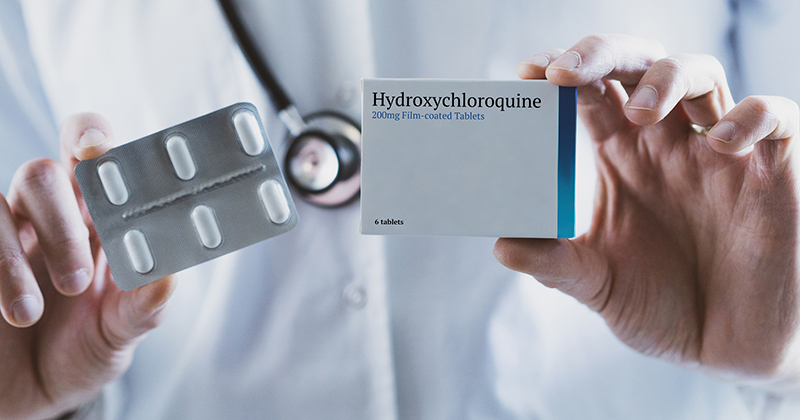 President Donald Trump on Monday evening blasted the Fox News Channel after host Neil Cavuto warned of possible health dangers associated with taking hydroxychloroquine. Earlier, the president announced that he is taking the anti-malaria drug as a preventative measure against the Chinese coronavirus.

“.@FoxNews is no longer the same. We miss the great Roger Ailes. You have more anti-Trump people, by far, than ever before. Looking for a new outlet!” President Trump tweeted.

.@FoxNews is no longer the same. We miss the great Roger Ailes. You have more anti-Trump people, by far, than ever before. Looking for a new outlet! https://t.co/jXxsF0flUM

Fox News's Neil Cavuto is stunned by Trump's announcement that he's taking hydroxychloroquine: "If you are in a risky population here, and you are taking this as a preventative treatment … it will kill you. I cannot stress enough. This will kill you." pic.twitter.com/e6D5alfAgc

Alex Jones presents video footage of President Trump in the Rose Garden at the White House where he clearly states that any COVID-19 vaccine will not be mandated to the American people, and in fact, therapeutic treatments will also be encouraged and financially supported by his administration.

Speaking to reporters at the White House, President Trump revealed that he’s been taking a hydroxychloroquine pill daily for roughly a week and a half, along with a dose of zinc. Shortly after the announcement, The Your World with Neil Cavuto anchor called the president’s remarks “stunning” and warned that the drug could kill certain individuals who consume the drug.

A number of studies, those certainly vulnerable in the population have one thing to lose, their lives. A VA study showed that among a population of veterans in a hospital receiving this treatment, those with vulnerable conditions, respiratory conditions, heart elements, they died.

Those who took it, in a vulnerable population, including those with respiratory or other conditions, they died. I want to stress again — they died. If you are in a risky population here and you are taking this as a preventative treatment to ward off the virus or, in a worst-case scenario, you are dealing with the virus, and you are in this vulnerable population, it will kill you. I cannot stress that enough. This will kill you.