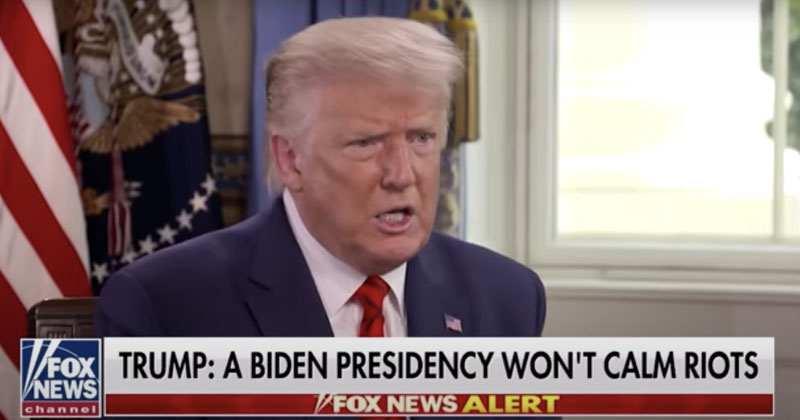 President Trump suggested that anti-American elites bankrolled a plane full of Antifa “thugs” to DC to disrupt the final night of the Republican National Convention.

“People you’ve never heard of. People who are in the dark shadows,” Trump replied.

Trump suggests there was some sort of thwarted terror plot against the RNC involving "thugs" in a plane, but refuses to divulge details pic.twitter.com/PQdQLcNSr4

“Now, what does that mean? That sounds like a conspiracy theory, dark shadows,” Ingraham asked.

“Where was this?” Ingraham asked.

“I’ll tell you sometime,” Trump responded. “It’s under investigation right now. And they came from a certain city and this person was coming to the Republican National Convention. And there were like seven people on the plane like this person. And then a lot of people were on the plane to do big damage.”

Ingraham asked exactly who was financing this terrorist effort to disrupt the RNC.

“The money is coming from some very stupid rich people who have no idea if the thing ever succeeded, which it won’t. They will be thrown to the wolves,” he added.

Owen Shroyer guest hosts The Alex Jones Show to expose the leftist violence in the streets following the RNC.