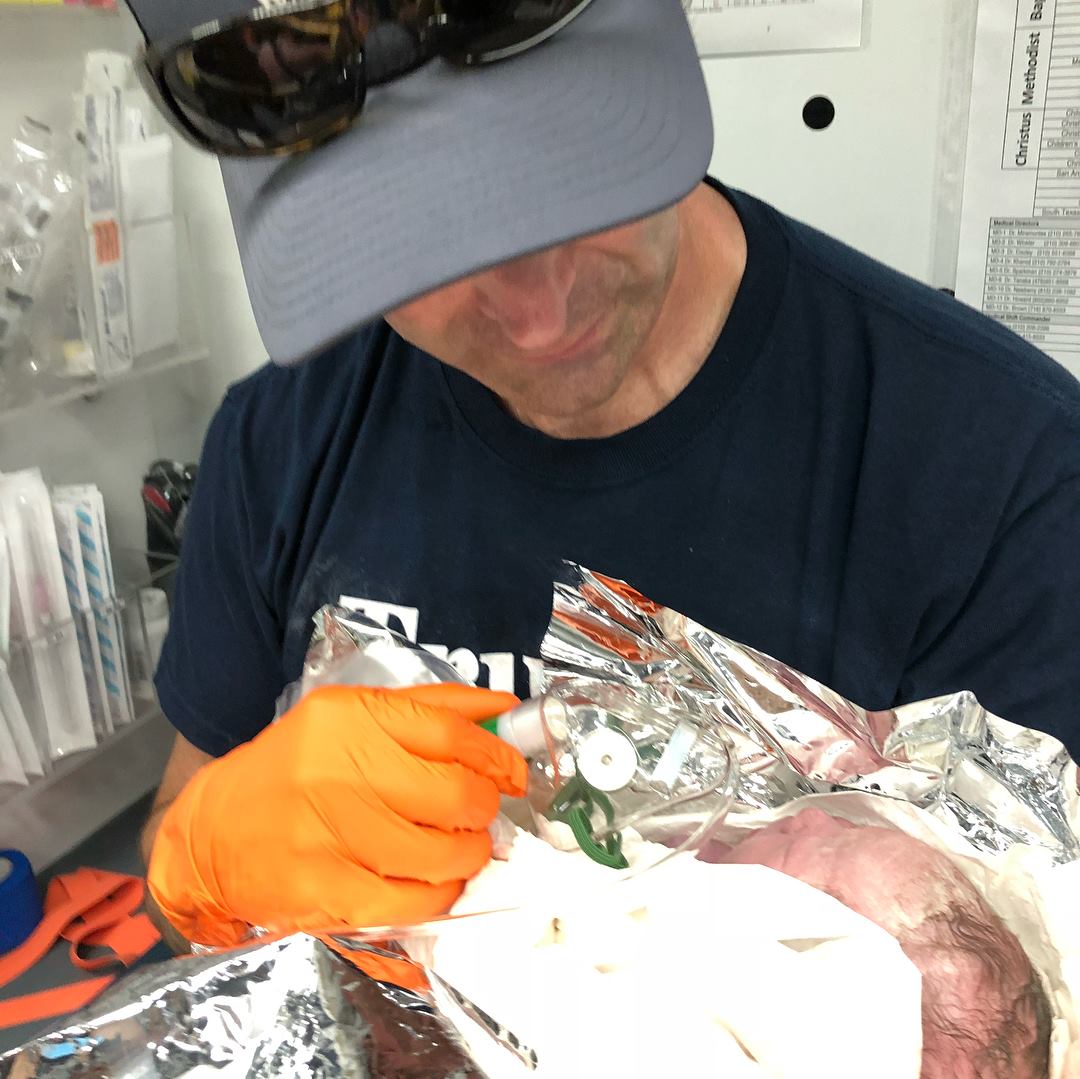 A dad who supports President Donald Trump recently delivered his newborn daughter at a Chick-fil-A restaurant of all places.

Writing on Facebook, Robert Griffin documented the circumstances that led him to help his wife give birth in the San Antonio restaurant’s restroom Wednesday.

“Maggie and I loaded up the car last night to go to the hospital for delivery, and we were dropping off our daughters with a friend who was meeting us at Chick-Fil-A to pick them up,” Griffin wrote.

“By the time we got to the restaurant, Maggie was in active labor and said she REALLY had to go to the bathroom.”

Griffin describes the store was closed, but says employees let them in when they heard them banging on the window.

After hearing his wife screaming inside the bathroom and seeing the baby was crowning, he realized they were going to have to deliver the baby on the spot.

“So there we were…..my wife and I in a tiny stall in the bathroom, and I could see the top of our little girls head crowning as maggie was straddling the toilet. I told Maggie, ‘sweetie, we are gonna have to do this right here, right now’. After shouting to the manager to call 911 and to bring any clean towels, Maggie and I started delivering our baby.”

According to Griffin, a new crisis arose when the baby emerged with its umbilical cord wrapped around its neck.

“When she got to the shoulders, I realized the chord was wrapped around her neck TWICE. didn’t want to alert my wife, so just told her try to relax for a minute and I was somehow able to unwrap the chord from the baby’s neck.”

After completely delivering the baby, whom they named Gracelyn Mae Violet Griffin, the dad says he used his shirt to keep her warm – which so happened to be a Trump 2020 t-shirt.

The irony of a Trump-supporting Christian family delivering their baby inside a Chick-fil-A was not lost on Griffin.

“I think it’s pretty ironic that a proud conservative, Christian family would have a baby in a Chick-Fil-A, and wrapped in a Trump 2020 T-shirt! BOOM #maga #mywifesthebest #chickfila #texas🇺🇸 #chickfilababy” he wrote in his viral Facebook.

In the past Chick-fil-A has been regarded as a conservative-friendly restaurant due to late founder S. Truett Cathy’s Christian values. A statement given by his son, current CEO Dan Cathy, in 2012 supporting the “biblical definition of a family unit” has also led leftists to falsely claim the restaurant hates gays.