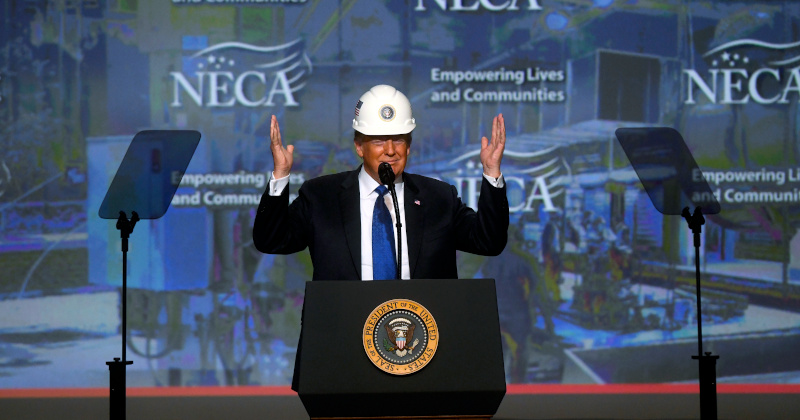 Think President Trump is letting the Democrats’ bogus impeachment slow him down? Not even close.

On Friday, he signed legislation repealing about $400 billion in Obamacare taxes.

And the best part is that the legislation making it possible was bipartisan.

The Washington Examiner reports that “Democrats voted overwhelmingly in favor of the spending deal despite the fact that it repealed $373 billion in taxes meant to pay for Obamacare.”

Prior to losing their majority in the House, Republicans managed to repeal the individual mandate, which penalized individuals who chose not to buy health insurance.

A full repeal and replace of Obamacare has yet been unachievable, but that hasn’t stopped Trump from doing everything he can, via legislation or executive action, to rid us of the disastrous health care law, which sent health insurance costs skyrocketing.

Trump has succeeded in undermining Obamacare by allowing people to buy short-term plans, and by allowing self-employed people to band together to purchase insurance at lower costs.

While Trump has done what he can to restore individual choice and provide lower-cost alternatives to Obamacare plans, Democrats have generally opposed his actions and accused him of sabotaging their partisan 2010 health insurance law.

This time, however, he actually had help from Democrats, though that help came with some compromise.

“Democrats managed to score two small wins on Obamacare,” the Washington Examiner reported. “One that blocks the Trump administration from imposing rules to keep people from being able to automatically enroll in health insurance and another that would have caused certain Obamacare enrollees to pay more for coverage.”

Unfortunately, while Trump has succeeded in taking a jackhammer to Obamacare, it still remains the law of the land. Real relief from the higher premiums and deductibles still eludes us, but maybe someday.