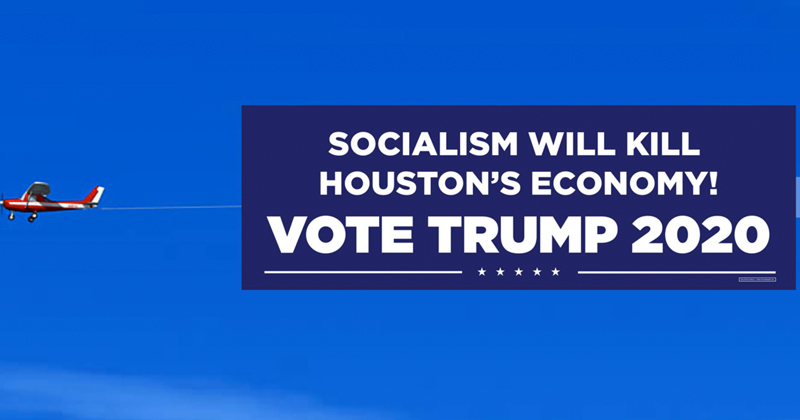 Houston residents who look to the skies Thursday will be treated to a massive airplane banner warning them that socialism will destroy their economy.

Courtesy of the Trump 2020 campaign, the sky banner costing upwards of $7,500 will fly over Houston from 2-6 p.m. CT, countering the third Democrat debate set to take place an hour later.

“The banner will read, ‘Socialism Will Kill Houston’s Economy’ above a plea to ‘Vote Trump 2020,’ according to a rendition provided to ABC News by the Trump campaign,” The Daily Caller reports.

A campaign spokesperson told ABC News the tactic is to warn Houstonians of the economic disaster that awaits them if they vote Democrat.

“Every single Democrat candidate has job killing, economy crushing policies that won’t work for America. Team Trump is here to remind them and let everyone in Houston know what a complete disaster Democrats are for America,” said deputy communications director Erin Perrine. 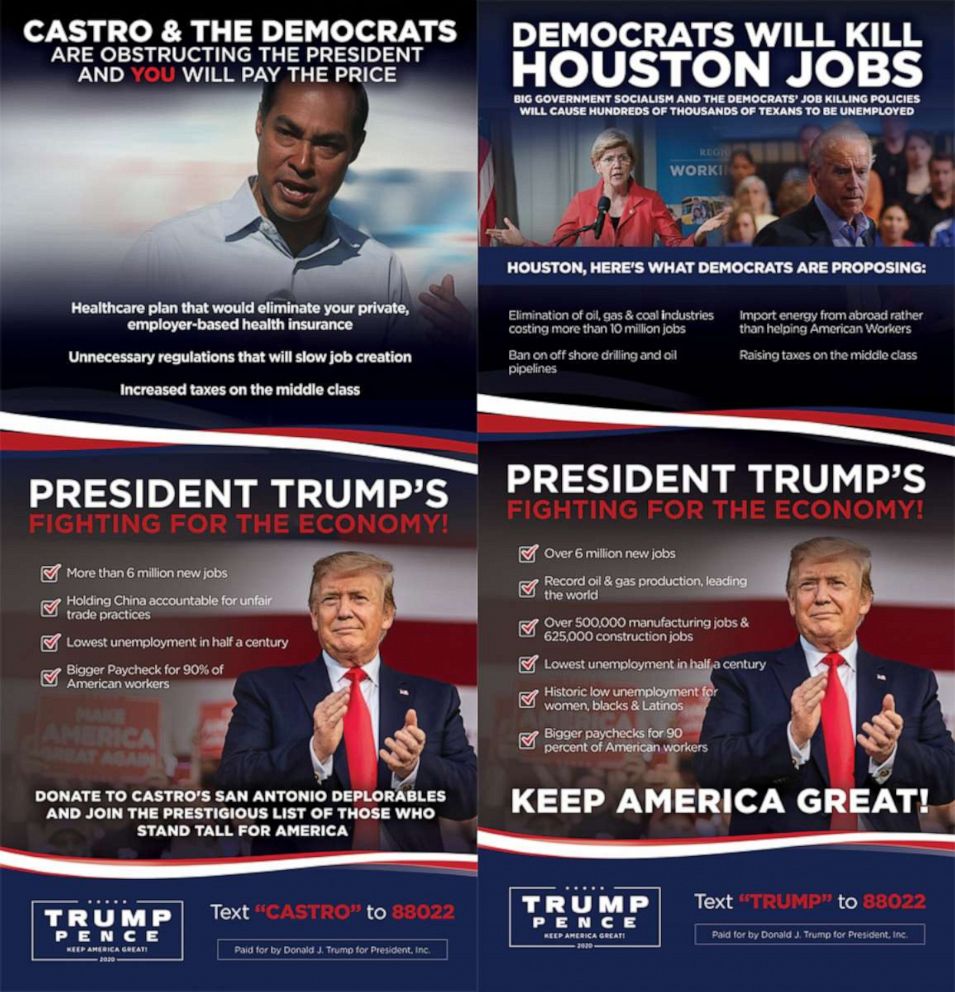 “Donate to San Antonio’s deplorables and join the prestigious list of those who stand tall for America,” reads one ad which was provided by the campaign to ABC News.

The campaign’s airplane banner is reminiscent of a “Hillary for Prison 2016” ad flown by Infowars over the 2016 Republican National Convention.

Tune in to infowars.com/show for LIVE debate coverage.