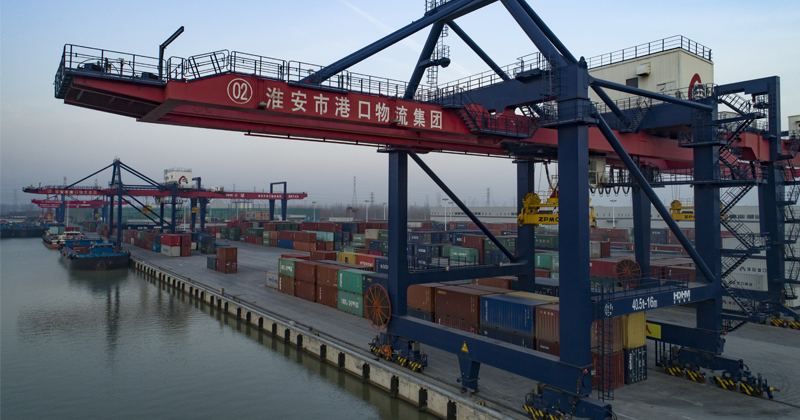 Earlier, US President Donald Trump indicated that Washington was “VERY close’ to reaching a “BIG” trade deal with China, which would end a massive trade war which has impacted hundreds of billions of dollars’ worth of trade between the two economic giants.

China and the United States have achieved major progress in negotiations on a phase one trade agreement, China’s ministry of commerce has announced.

Speaking at a media briefing in Beijing on Friday, commerce Vice Minister Wang Shouwen indicated that the ‘context’ of the phase one agreement has been agreed upon.

“Through the joint efforts of negotiation teams of China and the United States, the two sides have reached consensus on the text of the phase one bilateral trade agreement on the basis of equal footing and mutual respect,” Wang said.

President Trump confirmed Friday that what he called a “very large Phase One Deal with China” had been made.

…..The Penalty Tariffs set for December 15th will not be charged because of the fact that we made the deal. We will begin negotiations on the Phase Two Deal immediately, rather than waiting until after the 2020 Election. This is an amazing deal for all. Thank you!


According to the US president, under the deal, China will be required to make “many structural changes and massive purchases of Agricultural Product, Energy, and Manufactured Goods, plus much more” from the US.

At the same time, Trump said the 25 percent US tariffs on Chinese goods will stay in place, while an additional 7.5 percent in planned tariffs won’t go ahead as planned.

According to the commerce ministry, the two countries will make arrangements to officially sign the trade agreement at a later date. The US side is said to have promised to cancel additional tariffs on Chinese products, and is expected to increase waivers for imports. China, the ministry of commerce noted, hopes that the US will follow up on its promises.

“Both sides have reached consensus that the US side will fulfill its commitment to remove tariffs on Chinese products through various phases, to reach the transition from raising tariffs to reducing tariffs [on Chinese goods],” he said.

On Thursday, President Trump tweeted that the US and China were on the verge of signing an agreement on trade, curtly writing “They want it, and so do we!” with no follow-up. On Friday, the president took to Twitter again to deny claims made by the Wall Street Journal, calling their story on the state of negotiations “Fake News.” In its piece, WSJ had suggested that the US had offered to cut tariffs on some $360 billion in Chinese goods in half and to cancel import duties on $156 billion in goods which the US had planned to impose on Sunday.

Friday’s announcement by China’s commerce ministry sent US stock markets soaring, with the S&P 500, Dow Jones and Nasdaq up between 0.28 and 0.48 percent in morning trading on hearing the news.

Just last week, President Trump signalled that he may wait until after the 2020 election to close a trade deal with China, adding that there was “no deadline” for any agreement.

The world’s two largest economies were thrust into a trade war worth hundreds of billions of dollars in May 2018, when the US slapped tariffs on $50 billion in Chinese imports in a bid to reduce the US’s staggering $400 billion+ trade deficit. China responded with tariffs against US goods, and the conflict has since escalated into a series of back and forth tariff hikes. The United States has accused China of unfair trade practices, including currency manipulation and technology theft. China has denied these claims, and said that the ongoing trade row was harmful to both countries, and to the world economy as a whole. Losses have included up to $2.5 trillion in lost GDP growth for China, and over $5 trillion in losses to the US stock market, when counting US trade spats with other countries, according to a Deutsche Bank estimate.