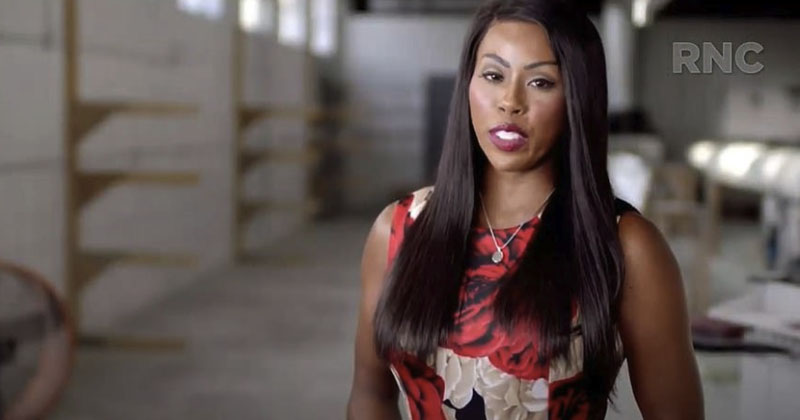 Baltimore-based GOP Congressional candidate Kim Klasick gained a national media profile thanks to a viral campaign ad accusing Democrats of failing to revive Baltimore, and encouraging blacks in the city and some surrounding suburbs to try voting Republican for a change.

Klasick’s profile only increased when she was featured as a speaker during the RNC last month.

Now, President Trump has endorsed Klasick with one of his typical endorsements via tweet, while urging Baltimore to “be smart” and reject the pandering Democrats who are unwilling to make the necessary changes to save the city from the twin scourges of crime and drugs.

Be smart Baltimore! You have been ripped off for years by the Democrats, & gotten nothing but poverty & crime. It will only get worse UNLESS YOU ELECT KIMBERLY KLACIK TO CONGRESS. She brings with her the power & ECONOMIC STRENGTH OF THE REPUBLICAN PARTY. She works sooo hard….

….Baltimore will turn around, and I will help. Crime will go way down, money and jobs will pour in. Life will be MUCH better because Kimberly really cares. The Dems have had 100 years and they gave you nothing but heartache. Baltimore is the WORST IN NATION, Kimberly will..

….fix it, and fast. The current recipient has no chance, and won’t even try. As I have often said, Baltimore is last in everything, WHAT THE HELL DO YOU HAVE TO LOSE! Kimberly is fully Endorsed by me, something I do not do lightly. Take advantage of it and MAKE BALTIMORE GREAT!

Trump insisted that “Baltimore will turn around, and I will help. Crime will go way down, money and jobs will pour in. Life will be MUCH better because Kimberly really cares. The Dems have had 100 years and they gave you nothing but heartache. Baltimore is the WORST IN NATION, Kimberly will fix it, and fast!”

Maryland is a reliably Democratic state, and Baltimore a solidly Democratic city, with more than 5x the number of registered Dems as registered GOP. Trump initially praised Klasick after her convention speech, so his endorsement is hardly a shock.

But maybe with the aid of a national media profile, Klasick might have a shot to fill the seat – representing Maryland’s 7th District – once held by Elijah Cummings, a seat which has been held by Democrats for nearly 70 years.

Hiding Biden finally crawled out of his hole. He was met with his one lone supporter outside of his appearance at a church in Kenosha, Wisconsin to finally address the Marxist-media brainwashed mob violence upon that city that racked up over $2 million dollars worth of damage to city property alone.