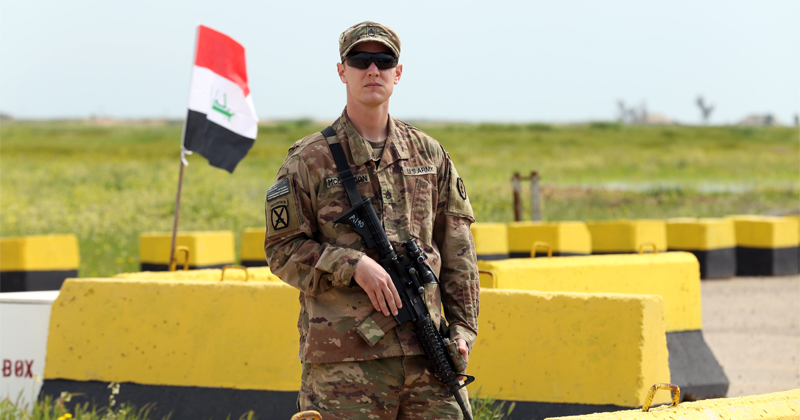 Last month, the US-led coalition reportedly announced that they were departing from several of their bases in Iraq after rocket attacks against them.

US President Donald Trump took to Twitter to warn Iran against attempting to attack US troops or assets in Iraq.

Upon information and belief, Iran or its proxies are planning a sneak attack on U.S. troops and/or assets in Iraq. If this happens, Iran will pay a very heavy price, indeed!


Earlier on Wednesday, Iranian Foreign Ministry spokesman Abbas Mousavi said Tehran considers the US military’s “warmongering” in Iraq to be dangerous and could potentially create “catastrophic conditions” that will destabilise the region.

According to media reports this week, the United States has deployed Patriot air defence systems to an Iraqi military base as a precaution against Iranian-backed militia attacks. There were also media reports about preparations of a US attack on Iran’s Shiite militia proxies that have been accused of carrying out a series of rocket attacks on Iraqi bases hosting foreign troops in recent months.

The US-led international coalition is currently relocating its troops in Iraq to consolidate them at better-protected bases. The coalition officially transferred K1 Air Base in the northern Iraqi province of Kirkuk to the Iraqi Armed Forces on Sunday.

On Monday, the coalition handed over another base — in Iraq’s northern province of Nineveh — to the host country. Earlier in March, the international troops left a base in al-Qaim, located near the border with Syria, and the Qayara base in Nineveh.

In March, representatives of the coalition said that as part of cooperation deals with partners and the Iraqi government, US military personnel and equipment from several Iraqi bases would be redeployed and consolidated in 2020. As such, the number of bases where coalition forces will be deployed in Iraq will decrease. At the same time, however, the coalition will remain in the country at the invitation of the Iraqi government and will continue to advise and train local security forces.