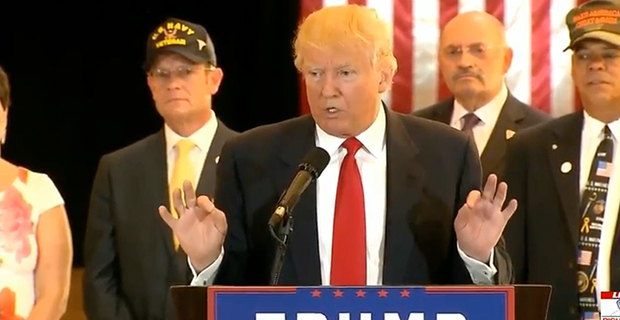 Republican presidential candidate Donald Trump unloaded on the press at a news conference Monday where he listed the veterans charity groups receiving millions in donations.

Responding to inquiries about where the nearly $6 million he raised in January went, Trump railed against the negative press he received for his noble deed before outlining 22 veterans groups that have already received money or are currently being vetted.

“I sent people checks of a lot of money, and instead of being, ‘Thank you very much Mr Trump…’ I have never received such bad publicity for doing such a good job.”

At one point, Trump also referred to an ABC News reporter as a “sleaze,” accusing him of biased journalism.

“I could have asked all these groups to come here and I didn’t want to do that. I’m not looking for credit,” Trump said. “But what I don’t want is when I raise millions of dollars, have people say, like this sleazy guy right over here from ABC. He’s a sleaze in my book. You’re a sleaze because you know the facts and you know the facts well.”