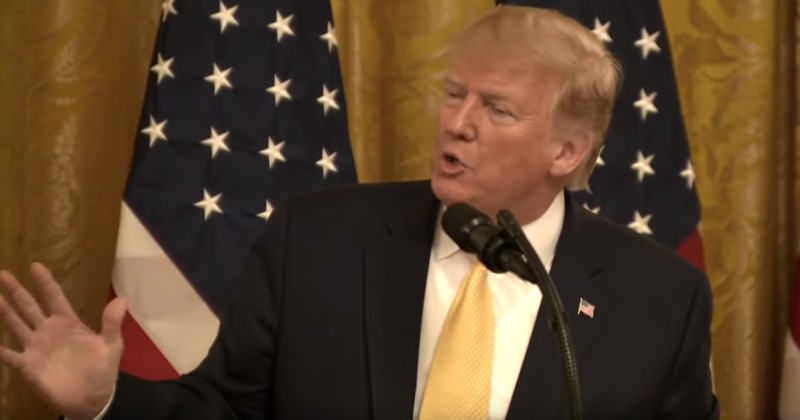 President Trump insulted Antifa activists during his social media summit speech, asking why they never target people who can defend themselves like Bikers for Trump.

The president made reference to the Antifa attack on gay Asian journalist Andy Ngo in Portland last month.

“Do you ever notice they pick on certain people?” asked Trump.

"Did you ever notice they don't come after Bikers For Trump?"@realDonaldTrump calls out ANTIFA for the wussies that they are. pic.twitter.com/Dn1SbtKogq

Trump went on to further insult far-leftists, joking, “They live in the basement of their mom’s home,” while asserting that they all had skinny arms.

“But they have the black masks on and they have sticks, they hit people in the face, in the head.”

“But you ever notice Antifa’s never there when we have a bikers rally….they’re never around, they’re always there when you have a single guy protesting in front of a school,” said Trump.

Trump then made reference to his administration’s move to withdraw federal funding from educational institutions that don’t allow free speech on campus.