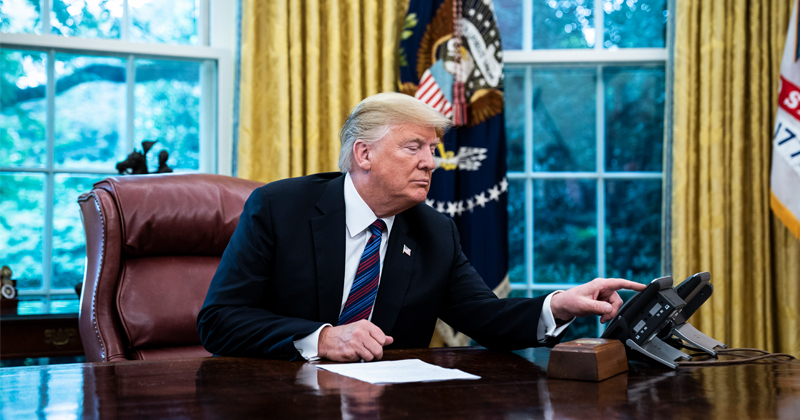 Despite media coverage of the Republican challengers to President Donald Trump, the incumbent president handily won the Iowa caucuses only moments after voting began.

President Trump won a quick, easy victory on Monday night with most pundits calling the president’s victory only moments after the caucuses began.

The New York Times reports that President Trump netted over 26,000 votes, or 96.8 per cent of all of those cast.

Much has been said by media pundits about the campaigns of anti-Trump radio host Joe Walsh and failed Libertarian Party vice presidential candidate Bill Weld, who were also on the ballot.

At latest count, with most precincts fully reporting their results, Walsh received 360 votes, or 1.3 per cent of those cast.

For his part, Weld received 357 votes, accounting for another 1.3 per cent of the total.

In total, the Republican challengers currently tally at 717 votes, and do not seem likely to breach 1,000.

Ezra Levant of Rebel News took to Twitter to note the stark difference between how some in the media portrayed the percentages would lean and what actually happened.

“Turns out Never-Trumpers represent 3.2% of the Republican Party,” wrote Levant. “But they make up 75% of ‘Republican’ pundits on TV.”

Walsh himself appeared at a caucus site in Iowa to make his case for voting against President Donald Trump.

In his speech, Walsh began to say “If you want four more years of the Donald Trump show,” and was then rendered inaudible by loud cheers.

“This is embarrassing,” wrote Republican activist Scott Presler on Twitter.

President Trump’s surrogates had a large showing in Iowa, with campaign manager Brad Parscale, Donald Trump Jr., Eric Trump, and others visiting the state to stump for the president.

Team Trump is out in force tonight in Iowa!

“One thing about this base, and the growing base that’s occurring right now, is they love this President, they love this country, and they’re willing to fight for it.” –@parscale pic.twitter.com/Wr3WkLtSth

In several states, local Republicans have already canceled their caucus or primary, as President Trump is expected to face no meaningful opposition and has the party’s support nationally.