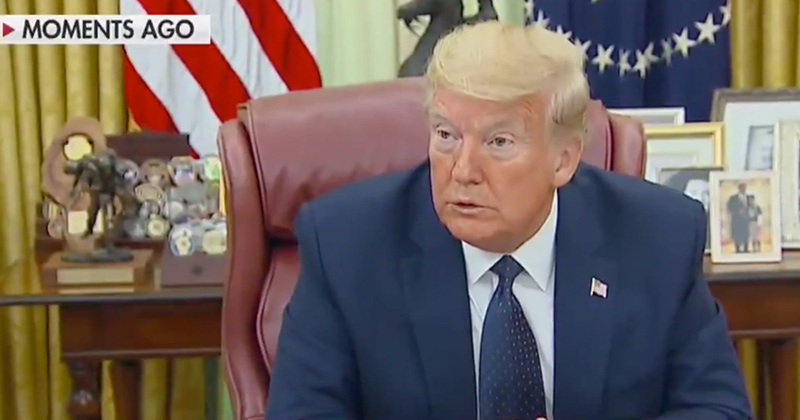 During a Thursday press conference focusing on social media censorship, President Trump said he’d delete his Twitter account ASAP if he didn’t need it to reach the people since mainstream media distorts everything he says or does.

When a reporter asked whether or not he’s considered deleting his Twitter account and “walking away” from the platform, the president responded, “Well, you know if you weren’t fake, I would not even think about it, I would do that in a heartbeat.”

BREAKING: President Trump says he would delete his Twitter account “in a heartbeat” if we had a fair press.

Continuing, Trump added, “But, the news is fake, if you look at what gets printed in newspapers. If only the public could understand where you know they’re reading a story and they think is real and it’s not real in so many cases.”

The president said this was “not the case every time,” mentioning that there are journalists he has great respect for, but in general, “there’s so much fake news it’s disgraceful.”

“If we had a fair press in this country, I would do that in a heartbeat,” Trump stated again. “There’s nothing I’d rather do than get rid of my whole Twitter account, but I’m able to get to 186 million people when you add up all the different accounts and add Facebook and Instagram, that’s a lot of people. That’s more than the media companies have, frankly by a lot.”

Judge Napolitano defends the right of big corporations to do anything they wish to your constitutionally protected human rights. What can be done…