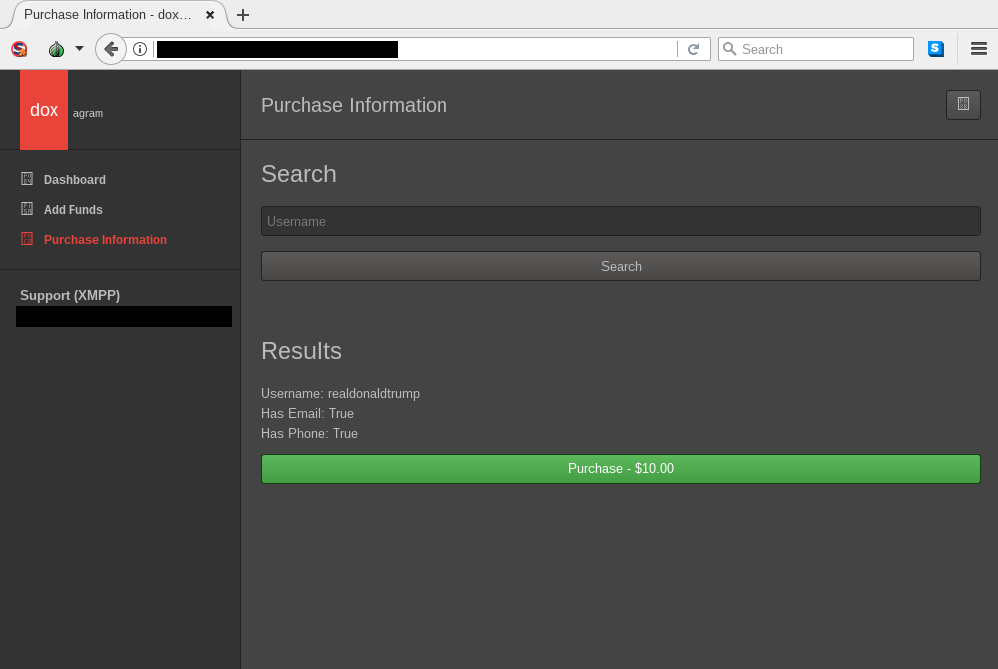 President Donald Trump’s private Instagram account details are currently for sale on the dark web after a flaw discovered by hackers exposed the email addresses and phone numbers of thousands of the site’s users.

Although the Facebook-owned photo-sharing website announced Wednesday that it had patched the bug, hackers have already harvested information from countless accounts and placed them for sale online.

The dark web site, dubbed “Doxagram,” allows registered users to search a database that includes account details from high-profile users including politicians like Trump and pop-stars such as Justin Bieber. 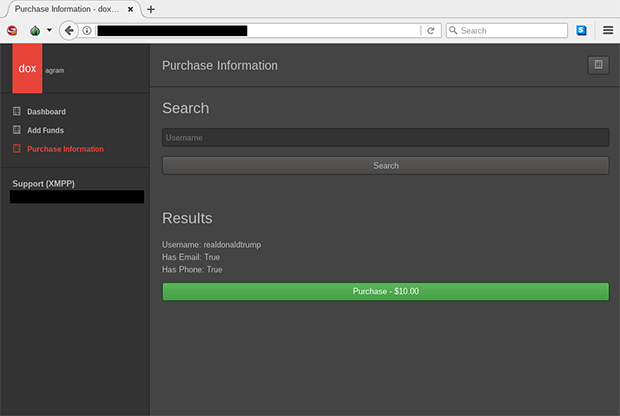 In order to purchase the information, users must deposit Bitcoin, a pseudo-anonymous cryptocurrency, into their Doxagram account.

When asked if customers had shown interest in the “realdonaldtrump” account data, one of the hackers behind Doxagram simply told Infowars “nope” during an encrypted chat.

The hacker provided Infowars with both the email and phone number linked to the president’s account for verification purposes. A call to the phone number went unanswered while the email address, which appears to belong to Dan Scavino, the White House director of social media and assistant to the president, is no loner active at the time of publication.

The Daily Beast’s Joseph Cox, who first obtained the information associated with Trump’s account, had similar results while attempting to contact the number.

Although unconfirmed, the hackers claim their database includes data from more than 6 million Instagram accounts.

In a statement released Friday, Instagram stressed that no passwords were compromised and that law enforcement is investigating the matter.

“We want to reiterate that no passwords were exposed in this issue,” the statement said. “We now also know that some individuals are attempting to sell the contact information that was obtained. We take people’s security very seriously and are working closely with law enforcement on this matter.”