Federal agency denies accounts will be used to monitor public

The Transportation Security Administration has launched a staggering eighteen new Twitter accounts as part of a PR drive presumably in response to the overwhelming amount of negative publicity the federal agency receives on a routine basis. 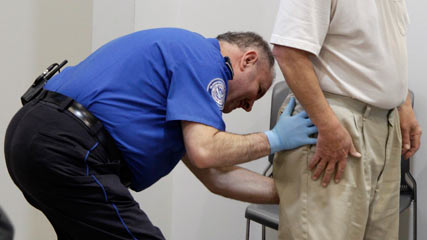 “As part of what looks to be a massive information campaign by the Department of Homeland Security (DHS), TSA on Thursday announced the launch of 18 new Twitter accounts. If that seems like a lot for one organization, that’s because it is,” reports Security Management.com.

Although the TSA claims that the new accounts are merely for enabling the public to access information relevant to their local area, only six of the eighteen will be used for that purpose. The rest will be staffed by TSA spokespersons and used to disseminate information about the conduct of the agency, which routinely comes under the national spotlight in a less than positive context.

The TSA’s primary twitter account, which is linked to the agency’s official blog, has failed to refute accusations leveled at the TSA on numerous occasions before, most notably when it was unsuccessful in disproving engineer Jon Corbett’s evidence that the TSA’s $1 billion dollar program is virtually worthless because it can be fooled by sewing a metallic object in a side pocket.

Asked if the public should be worried that the TSA would use the accounts to monitor Internet users who send negative comments to the federal agency’s Twitter accounts, the TSA responded, “Our TSA Blog Team does not monitor individuals online.”

However, as a leaked Department of Homeland Security manual revealed earlier this year, the TSA’s umbrella agency is indeed tracking online criticism of government, including discussion of airport body scanners.

The words “militia,” “riot,” “body scanner,” and “nationalist” were included in the list of keywords the DHS is tasked with monitoring.

In addition, a recent FOIA request revealed that the DHS was monitoring political opposition to its controversial See Something, Say Something campaign.

The Transportation Security Administration (TSA) also admits that it has documents which contain political profiling pertaining to Alex Jones, Infowars as well as the Drudge Report, but has thus far refused to release them despite facing a Freedom of Information Act request.