Scrawled comment on complaint form after agents tampered with luggage

New Yorker Ross Berenson can burn for ever in eternal damnation as far as the TSA are concerned, following his attempts to find out why his luggage had been broken into and tampered with during a flight from LAX to JFK.

When Berenson discovered that the “TSA-certified” green lock on his bag had been removed and the loops of the zippers cut, he enquired with airline JetBlue as to what had happened.

The Manhattan-based graphic designer was referred to TSA representatives.

“Nobody could give me any answers about what happened in LA, but they very politely told me if I wanted to file a complaint I could fill out this form,” Berenson told Gothamist. When he looked at the form more closely, Berenson discovered that someone from the TSA had scrawled the words “go to hellllll” on it.

“Everyone was very helpful and nice. I didn’t realize the form said ‘Go to hell’ until I got on the subway.” Berenson said. ”

I’m pretty laid back, but seeing an official form like this say ‘Go to hell’ is pretty shocking.” he added.

Berenson also said that he believes the form, including the handwritten portion, is a photocopy and that other versions may have been issued to other passengers wishing to make complaints against the agency.

A TSA spokesperson told the blog site issued the following statement in response to the incident:

The TSA looks forward to the opportunity to work directly with the passenger to learn more about his interaction with the employee and the hand-written note on the form he received. This will assist us in reviewing the issue. Additionally, we will work with the passenger to address the damaged luggage.

TSA-recognized locks are easily identified by the screening workforce and can be opened and relocked by TSA officers if a physical inspection is required. Also, when TSA opens a checked bag, a notice of inspection is placed inside.

“I can’t prove the TSA did this to my bag,” Berenson said. “And there was no note saying they inspected it.”

However, the TSA has a history of leaving handwritten notes in passengers’ luggage. Last October a TSA screener saw fit to make a humiliating joke about the contents of a flyer’s luggage, writing “GET YOUR FREAK ON GIRL,” on a TSA inspection note after finding a sex toy.

In another incident in December, a screener left a note reading “C’mon Son” after discovering two bags of marijuana in the suitcase of rapper Freddie Gibbs.

Although he says he has no immediate plans to visit hell, Ross Berenson says he is going to file a formal complaint with the TSA. 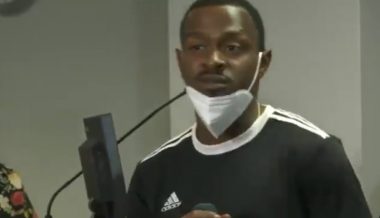 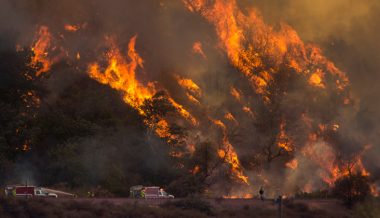