Following reports of cancer clusters at Boston-Logan Airport, the TSA is set to test its naked body scanner operators for radiation exposure, but still refuses to test the actual machines that thousands of Americans are forced to pass through each day. 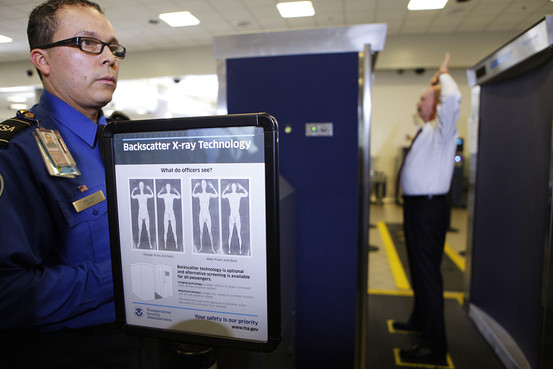 “After years of rebuffing health concerns over airport scanners, the Transportation Security Administration plans to conduct new tests on the potential radiation exposure from the machines at more than 100 airports nationwide,” reports the Los Angeles Times.

Details of the tests were not announced publicly by the federal agency, they were leaked as a result of a request sent to government vendors to provide wearable dosimeters that provide measurements of individual radiation exposure.

The tests follow apparent efforts by the TSA to cover-up a “cluster” of cancer cases amongst scanner operators at Boston-Logan airport. According to FOIA documents obtained by the Electronic Privacy Information Center, when Union representatives in Boston discovered a “cancer cluster” amongst TSA workers linked with radiation from the body scanners, the TSA sought to downplay the matter and refused to issue employees with dosimeters to measure levels of exposure.

Numerous studies conducted by prestigious universities and health authorities, including Johns Hopkins, Columbia University, the University of California, and the Inter-Agency Committee on Radiation Safety, have warned that the devices will lead to an increase in cancers.

Despite the fact that almost every independent study has concluded that the machines will cause cancer cases to increase, the TSA routinely denies the threat, and even claimed that the Johns Hopkins study validated the safety of the scanners, when in fact it said the opposite.

Johns Hopkins’ biophysics expert Dr Michael Love warned that, “statistically someone is going to get skin cancer from these X-rays,” after conducting a study of the naked body scanners.

In addition, documents obtained by EPIC show how the TSA “publicly mischaracterized” the findings of a National Institute of Standards and Technology, in stating that NIST had positively confirmed the safety of full body scanners in tests.

The NIST study warned that airport screeners should avoid standing next to full body scanners in order to keep exposure to harmful radiation “as low as reasonably achievable.”

After making assurances that the DHS would conduct further studies into the safety of X-ray scanning devices, TSA head John Pistole reneged on the promise in November.

As we reported last week, the Department of Homeland Security is also set to expand the use of X-ray scanning machines at US border crossings, despite the availability of millimeter-wave machines that do the same job without emitting harmful radiation.