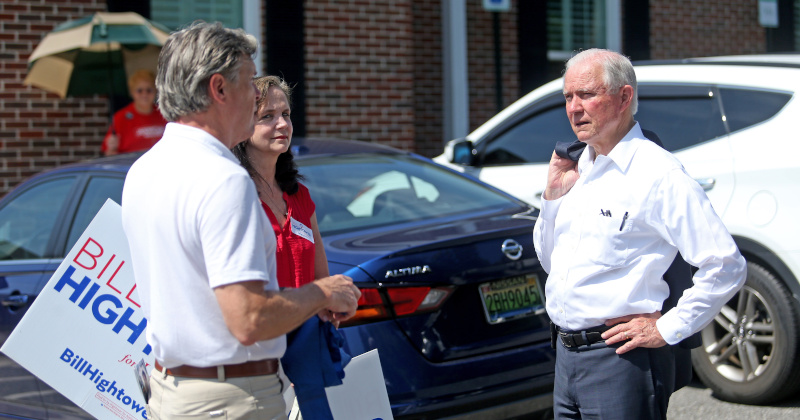 Sessions held the seat for 20 years before stepping down to lead the Justice Department when President Donald Trump took office in 2017. He fell out of favor with Trump when he recused himself from the investigation of Russia’s interference in the 2016 election, and the president endorsed Tuberville in the primary.

“Tommy Tuberville WON big against Jeff Sessions,” Trump tweeted late Tuesday. “Will be a GREAT Senator for the incredible people of Alabama.”

Tuberville moves on to the November general election to face Democratic Senator Doug Jones, who in a similar fashion to Sessions criticized Tuberville as lacking the experience necessary for the job.

“The choice before the voters is an unprepared hyper-partisan that will add to the divide in Washington, or my proven track-record to find common ground and get things done,” Jones said in a statement.

Gideon’s November opponent is Republican Senator Susan Collins. Democrats are targeting Collins as one of their top hopes in unseating a Republican and trying to gain the three seats necessary to flip the current slim Republican majority in the Senate.

In Texas, combat veteran Mary Jennings Hegar won her primary runoff election against state senator Royce West and will be the Democrat going against Republican Senator John Cornyn in November.

Cornyn has represented Texas for three terms, and polls ahead of Tuesday’s voting showed him leading Hegar by at least 8 points.

There were also several House primaries in the three states Tuesday.

In the 13th congressional district in Texas, Ronny Jackson, former White House physician during the Trump administration, won the Republican primary and in a strongly Republican district will likely win the seat in November.