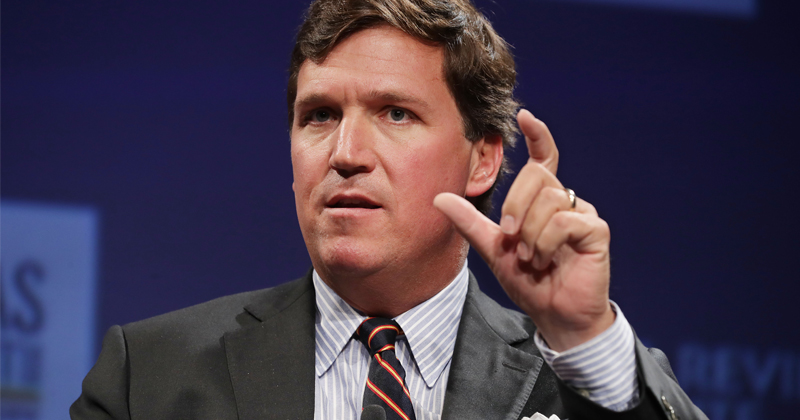 Fox host Tucker Carlson called for the impeachment of the federal judge that sentenced Trump confidant Roger Stone to 40 months behind bars for ‘witness tampering and obstruction.’

“Stone’s sentence was delivered by an Obama-appointed judge called Amy Berman Jackson,” said Carlson Thursday night. “You often hear people say that our justice system has been infected by politics. Amy Berman Jackson is living proof that it has been.”

“She’s an open partisan who has so flagrantly violated the bounds of Constitutional law and fairness that it’s shocking she’s still on the bench. If there’s anyone in Washington who deserves to be impeached, it’s Amy Berman Jackson.”

Carlson went on to call Jackson a “partisan judge” and said she lied about Stone being charged for covering up any crime related to “spying for Russia.”

“Nobody connected to the president has ever been charged with a crime related to spying for Russia or colluding with Russia, much less convicted of one,” said Carlson. “If they can do it to Roger Stone and win accolades from CNN as they do, they can certainly do it to you.”

Moreover, Carlson also said Stone’s First Amendment rights were under assault due to the ongoing gag order on him.

“The entire Democratic Party and their servants in the press can defame Stone at will, and they are relentlessly, but if Stone dares to express his own opinion, Amy Berman Jackson will send him to jail immediately,” added Carlson during his monologue. “She’s banned him from speaking publicly about the case in any way. He can’t tweet or write on Facebook. No social media. He can’t do television, he can’t speak to reporters. He cannot even express himself indirectly. If Roger Stone asked a friend or family member to deliver a statement on his behalf, he would be violating Judge Jackson’s order.”

“What you’re watching is the capricious authoritarianism of a Democratic activist wearing robes. It’s terrifying,” he said before calling on President Trump to “pardon Stone immediately.”

“This farce must end,” he concluded.