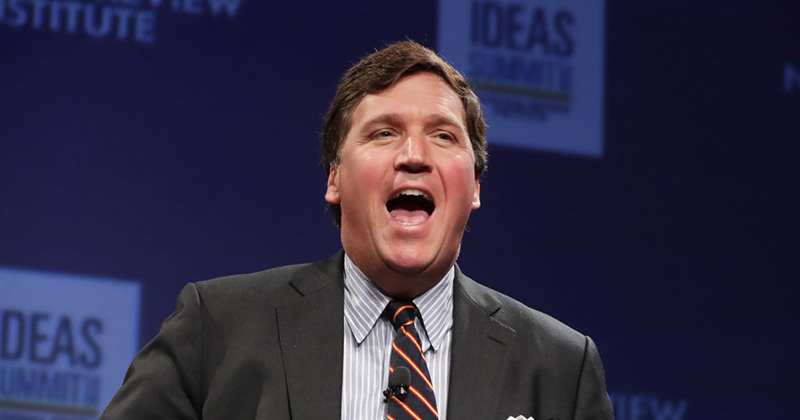 Fox News host Tucker Carlson continues to smash records and dwarf the competition in the ratings, pulling in four times as many ratings as the top sports broadcasts in the country.

After months of delay and inactivity, professional sports have returned to the United States, but ratings are lagging well behind. Coincidentally, NASCAR, MLB, and the NBA have all launched aggressive pro-Black Lives Matter campaigns, with players and coaches lecturing fans on the importance of promoting critical race threory.

Smart TV service provider Roku noted this week that “the majority of Roku homes that had previously watched at least 30 minutes of professional baseball, basketball or hockey on traditional cable TV in 2019 did not tune in to watch the opening weekends of the MLB, NBA or NHL this year.”

67% of households that watched the NBA in 2019 did not tune in to watch the opening week, and 40% of superfans who normally watched every game available on TV did not tune in to a single minute of basketballduring the entire first week.

Alex Jones is joined by Ali Alexander to break down the economic warfare being waged against the U.S. by China and the globalist operatives around the world, including the establishment American Democratic Party.

By contrast, Tucker Carlson has had a historically unprecedented ratings boom over the summer that intensified during the Black Lives Matter riots.

It's a ratings massacre. The NBA can't touch Tucker. pic.twitter.com/TJTAeHa5nY

The most watched NBA game of the day had less than a million viewers.

It's getting embarrassing for the NBA at this point. The numbers aren't even close.

This week, Carlson continued to pull in an average of over four million viewers, dwarfing the sport that was supposed to capture the nation’s attention by a margin of at least four to one.

The ratings landslide was perhaps not even the statistical highlight of the year for Carlson, who has hosted the most viewed television broadcast in the entire country multiple times in 2020.