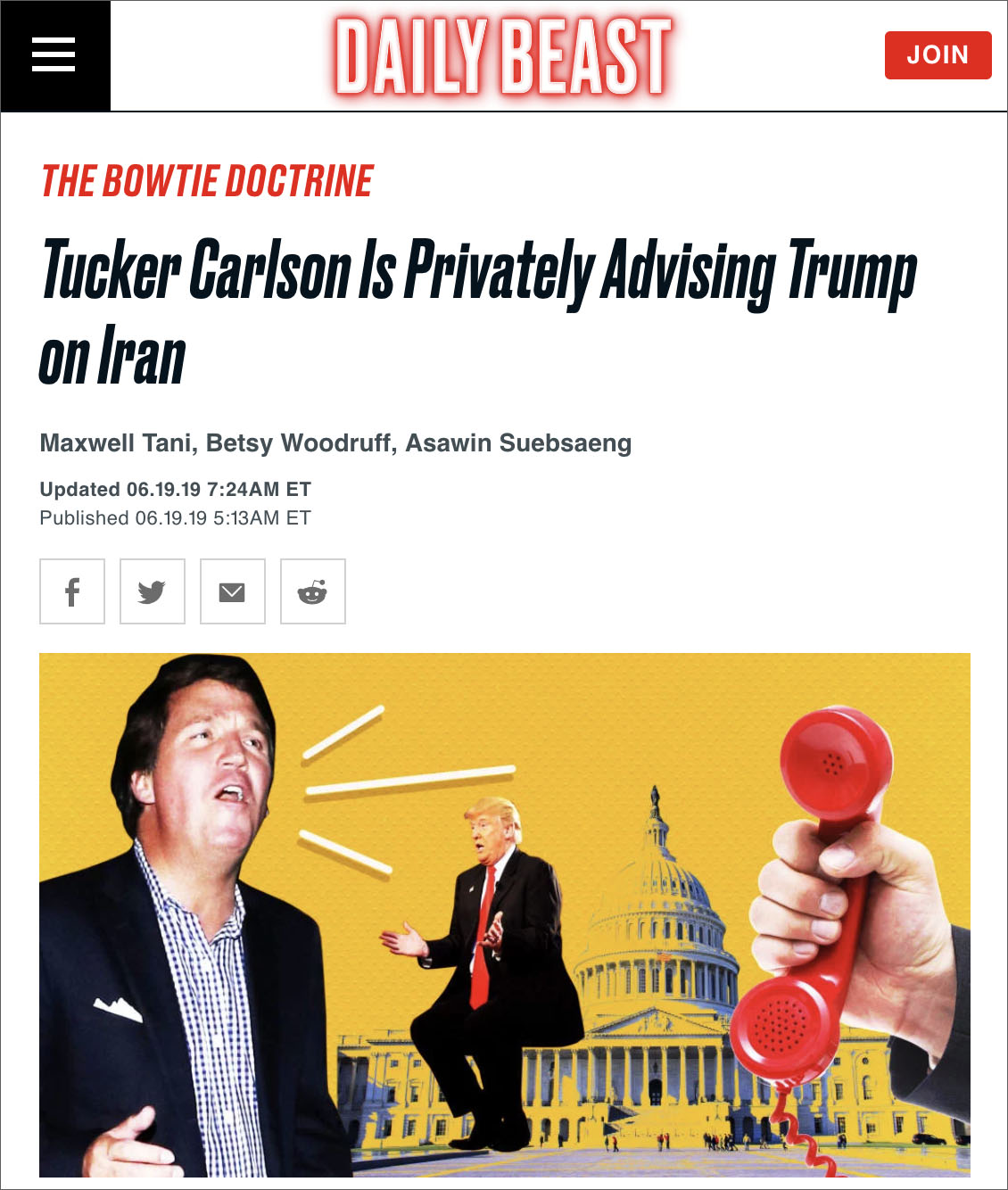 Fox news host Tucker Carlson has been privately advising President Trump not to wage a military campaign against Iran, according to reports.

According to left-wing publication The Daily Beast, Carlson has held a number private conversations with Trump, criticizing his war-hawk officials like National Security Advisor John Bolton and Secretary of State Mike Pompeo for “escalating tensions” with Iran in hopes of pushing the president into a regional conflict.

“While some Fox News hosts have argued that a conflict with Iran would be justified, Carlson has consistently criticized U.S. military intervention abroad, particularly in the Middle East,” the Daily Beast reported.

“In recent weeks, he has questioned whether war with Iran would be ‘in anyone’s interest.’ Last month, he publicly chided Bolton, saying he was intentionally escalating tensions, and that a potential conflict would ‘be like Christmas, Thanksgiving, his birthday wrapped into one.'”

Trump may take Carlson’s advice to heart because he holds the Fox host in “high regard,” referring to Carlson’s show as “so smart, a thinking man’s show,” according to a source who spoke with the Daily Beast.

Carlson has been hammering against war with Iran on his show “Tucker Carlson Tonight,” zeroing in on Bolton particularly due to his well-known and years-long hatred for Iran.

“Well, mercifully, John Bolton doesn’t command the military. President Trump does. The question is how influential is Bolton in the White House?” Carlson asked in May.

Footage of what appears to be an Iranian ship approaching an oil tanker in the middle of the night may be just another layer of a Deep State False flag operation against Iran. Joel Skousen joins Alex to discuss why he believes the oil tanker attack may be a setup.