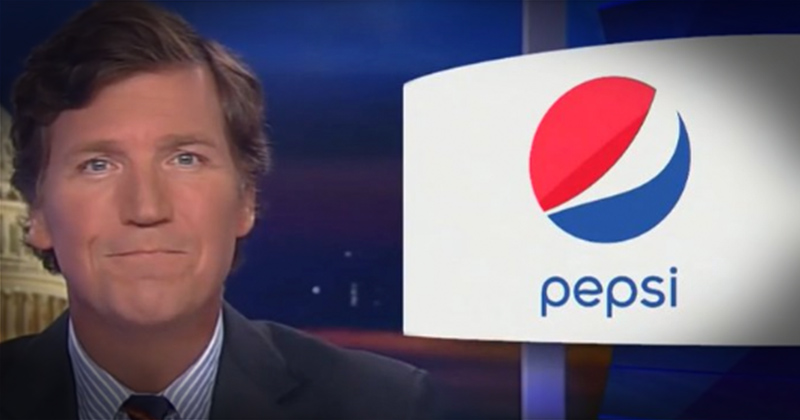 During Thursday night’s broadcast of “Tucker Carlson Tonight,” the Fox host called out the major corporations putting money into groups like Black Lives Matter who are funding the protests nationwide that have turned into violent riots.

“We’ve heard this a lot recently: ‘A riot is the voice of the unheard.’ You are hearing that message from virtually every American corporation right now, every university, every major media outlet,” Carlson said to open his segment. “The rioters burning down your city with the support of virtually everyone richer than you, are ‘unheard’, you, by contrast, are the oppressor and if you disagree in any way, we are going to fire you and wreck your life.”

“But corporations aren’t simply tweeting their support for the riots, they’re paying for them too,” he added. “Recently, the CEO of Cisco announced his company is donating $5 million to the Black Lives Matter foundation. Airbnb is donating half a million dollars, so is Dropbox. Video game make Ubisoft is giving $100,000. Intel has pledged a million dollars to assorted antiracism groups and is pressuring its employees to donate more of their money to the foundation… the Black Lives Matter Foundation.”

“And then there’s Pepsi. Pepsi is donating too,” Tucker said, mocking the company with a satirical commercial jingle, “‘This revolution has been brought to you by your Pepsico bottler. Tired after a long day of looting? Try Pepsi.’”

Continuing, Carlson asked, “So, the question is, now that it’s getting all this money, what exactly does the Black Lives Matter Foundation believe? Well, less than a week ago, the group launched a petition to defund all police departments nationwide. The group’s co-founder says we should abolish all prisons.”

“So does Intel want 1.7 million felons released onto America’s streets, all 700,000 cops fired tomorrow? It’s not clear what they want. But they are paying for that. They think they can look good for the mob by funding the cause. Who knows what they want, but they are responsible for this.”

Tucker also pointed out one of BLM’s goals is to “disrupt the Western-prescribed nuclear family structure,” which is something major corporations can get behind.

Some companies, Carlson explained, are donating money to the NAACP Legal Defense Fund, which denies rioting is taking place and is bailing out the violent rioters who are being arrested.

“So, with all this money flowing out of this country’s most profitable corporations, it might be a nice gesture for those corporations to donate some money to, I dunno, rebuild some of the small businesses that have been destroyed over the past week,” he suggested.

“Oh but they’re not going to do that, because for a lot of big corporations the total annihilation of small businesses is one of the best parts of this new revolution, there’s always an angle, someone’s always getting more powerful,” he concluded before saying he’ll be exposing the celebrities funding these groups during his Friday transmission.

Robert Barnes covers the possibility that the riots taking place nationwide may be part of the agenda for regime change by the radical left.