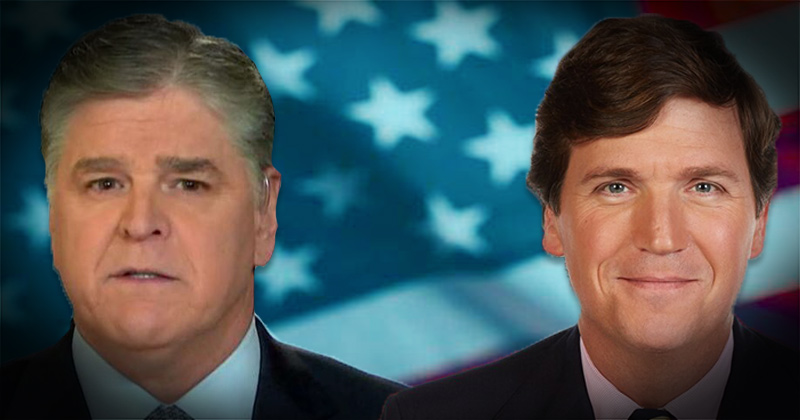 Specifically, the Fox hosts focused on the fact that CNN was awarded by the White House Correspondents Association (WHCA) on Tuesday for their coverage of the raid on Stone’s house.

On Jan. 25, 2019, a CNN journalist and cameraman were staked out in front of Stone’s house minutes before FBI agents engaged in a no-knock raid.

“The White House correspondents association is giving CNN an award for their coverage of the Gestapo style raid on my home by the FBI,” Stone wrote on Instagram. “Since the leaking of the governments plan to execute a search warrant for my home which was executed at the same time as the warrant for my arrest is a felony, CNN is being awarded for criminal activity.”

Carlson claimed that CNN lied about “breaking” the story of the Stone raid, saying, “CNN was tipped off, probably illegally, by corrupt officials at the FBI.”

“It’s a measure of how corrupt the White House Correspondents Association is that they ignored this or pretended they didn’t know. Of course, they knew. Everyone knows,” he continued.

Tucker also pointed out that the WHCA doesn’t mention anything about the “ridiculous” charges against Stone, proving the move is entirely political.

“It would not have happened to a Hillary supporter,” he suggested. “It’s immoral, we shouldn’t’ let it happen, and yet, Stone is scheduled to report to prison at the end of this month.”

“If he actually goes to prison, if he’s not pardoned, we’re all in big trouble,” Carlson concluded.

Adding to Tucker’s comments, fellow Fox host Sean Hannity said, “Twenty-nine guys in tactical gear, and frogmen, pre-dawn raid, and the CNN cameras just happen to be there? I don’t believe it either.”

Hannity continued to say the raid was uncalled for because it was over a process crime and that the jury foreperson had publicly spoken out against Stone before being selected.

“That’s not a fair and impartial jury Tucker. He should not go to jail, you’re one hundred percent right,” he declared.