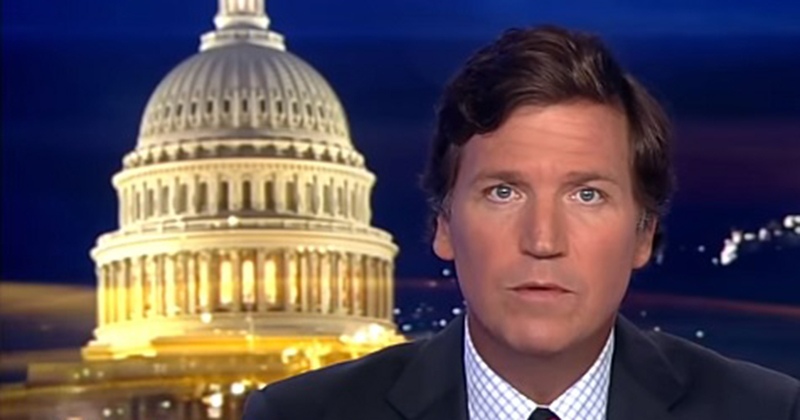 This is one of the most important monologues Tucker Carlson has ever delivered.

The National Guard also came out this week just to bow to the mob:

OUR MILITARY HAS BEEN COMPROMISED
pic.twitter.com/EZwamdxJvZ

This is a scene that happened in Bethesda, Maryland which is just next to DC. It’s one of the wealthiest places in the country and packed to the brim with highly (re)educated white liberals.

This is what 60 years of Cultural Marxism has produced, a bunch of White zombies!

Any White person who chooses this path is limply marching to their own destruction.

After takeover, the Communists will shoot these useful idiots against a wall in the end!

This is truly insane, cult-like behavior.

These are the same people
who were freaking out over the coronavirus two weeks ago
.

These people have convinced themselves they’re “fighting the system” while they have the backing of every major institution in America.

The banks, the military-industrial complex, retail giants, snack foods, Big Tech, the Democratic Party, and the media all back Antifa and Black Lives Matter.

No one backs Middle America
https://t.co/aWOijUVPGv

Leftists now think they’re fighting the man by banking with Bank of America:

All these corporations are coming out in support of these riots while cops are being
shot in the back of the head
and
run over in the streets by rioters
.

For the true believers, it doesn’t even matter because believing the media’s narrative is just an act of faith and a way to virtue signal you’re a “good person.”

Tucker Carlson is the only person on television addressing any of this and showing what’s really happening at these riots across the country.

The rest of the media is just lying about everything to further incite people.

The press is making things worse and they are doing it intentionally
https://t.co/dWvpggBZDc

Correction: A rioter. He shot a rioter in self defense.
https://t.co/n287wgXNLl