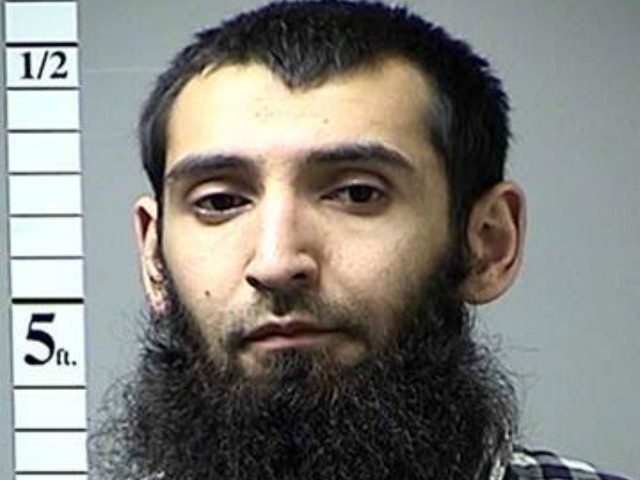 Tucker Carlson said Tuesday night on Fox News that the rise in terrorism in America “seems obviously tied to immigration.”

“I’m almost 50 years old, I remember when things like this didn’t happen in New York City ever,” Carlson said. “And now they seem to happen with some frequency. It seems obviously tied to immigration, why is the country unwilling to have that conversation, to face that?”

Lebanese-American academic Walid Phares responded,”Because there is something in that conversation that is still taboo which is the ideology. Don’t touch the ideology says the mainstream media, academia. Unless we change politically and intellectually we’re not going to get anywhere. And my concern here-”

Carlson interjected, “But how can a small group of people in charge of our country continue to lie to the rest of us and demand that the rest of us participate in their lies when everyone knows it’s a lie?”

The issue isn’t “ideology,” it’s immigration, just as Tucker said. There’s a reason there are no terrorist attacks in Japan — they keep their borders closed.

Sayfullo Saipov, 29, was allowed into the US from Uzbekistan in 2010 during the Obama administration through the “Diversity Visa Lottery,” which “aims to diversify the immigrant population in the United States.”

Sayfullo Saipov, 29, was allowed into the US from Uzbekistan in 2010 during the Obama administration through the “Diversity Visa Lottery,” which “aims to diversify the immigrant population in the United States.”

Had Saipov not been allowed into the country this attack never would have occurred.

Hey, I have an idea: How about a zero immigration quota for the Arab Middle East and Islamist-infested countries in Africa and Asia?