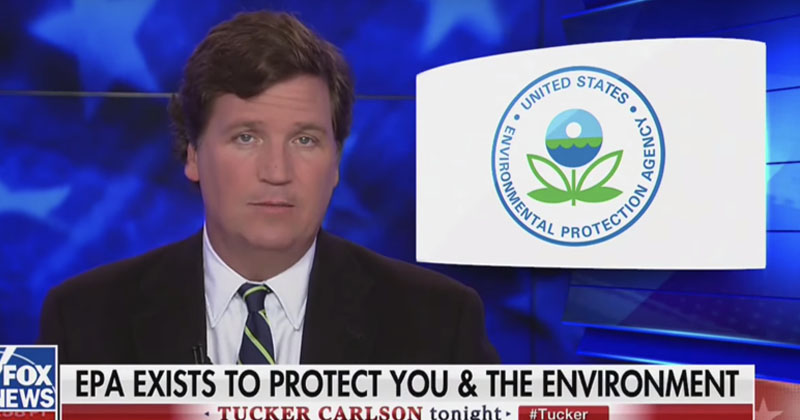 “Buried within a recent 60-page regulatory document, the EPA has announced it will soon end its Atrazine monitoring program, which tests drinking water to make sure that atrazine levels are safe.”

“Atrazine is a pesticide,” the Fox News host continued. “It’s the second most-common one in the U.S. Half of America’s corn crop is treated with it.”

“For newborn boys, atrazine exposure in utero is correlated with lower birth weight, undescended testicles, and deformities to sex organs,” he said.

Despite the fact that “30 million Americans had measurable amounts” of Atrazine found in their water systems, the EPA will now allow 50% more of the herbicide to enter the U.S. water supply at the behest of Big Agriculture.

“For the EPA, that’s not a concern,” the Fox News host concluded. “Their concern, is corn.”

And as Alex Jones has explained, Atrazine’s dangerous effects have been measured in certain frog populations which became hermaphroditic or otherwise refused to mate with the opposite sex when exposed to the chemical.

Episode 2 of Prove Me Wrong: Jeffery Epstein Didn’t Kill Him Self taped on location in front of Google’s Austin HQ. Alex interviews a google employee was used to be an Infowars fan, during the interview he reveals how he started the gay frog controversy.