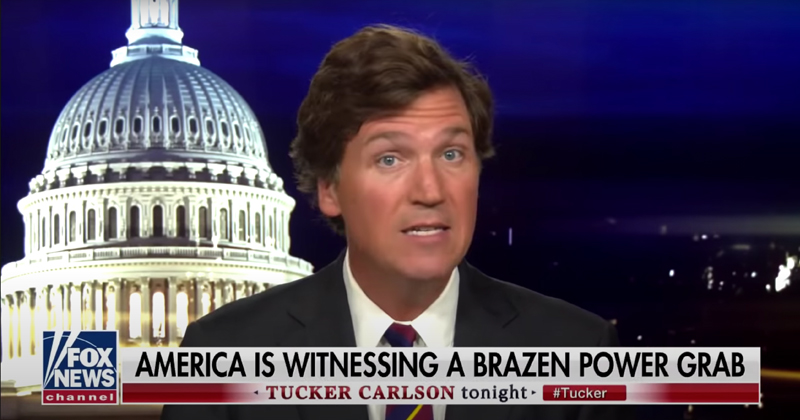 Talk show host Tucker Carlson warned that Americans are now witnessing a brazen power grab by the Democrat Party for “complete control” of the United States.

He supported his claim by saying none of the unrest of the last few months is about civil rights at all.

“Democrats are working to systematically to dismantle the core institutions of American life, beginning with the family and faith,” said Carlson during Thursday’s monologue. “They’re subverting the core system in our government.”

“They systematically repurposed our federal law enforcement agencies as political weapons, they have imprisoned their political opponents, their leaders have called for making all these changes permanent by packing the Supreme Court, packing the United States Senate, packing the electorate itself by importing tens-of-millions of new voters.

Democrats would tell you they are doing all this to make the country better and more just, but that is not true, he added.

“They’re doing this for one reason: to ensure they have complete control of the United States,” said Carlson. “We’re watching it happen right now.”

He singled out Obama’s eulogy for Rep. John Lewis as the latest example of how the left is relentless to politicize everything.

“Imagine if some greasy politician showed up at your loved one’s funeral and started throwing around stupid partisan talking points about Senate procedure,” said Carlson on Obama. “Desecrating a funeral with campaign slogans? What kind of person would do that?”

But Obama’s antics were not a shock to the audience, Carlson said, because “political power” is now the religion of the American Left.