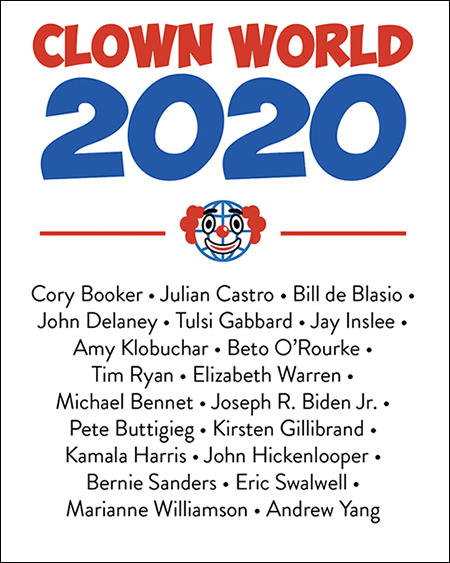 Come one, come all! The Democrats are tripping over themselves in the run-up to the 2020 election, each competing for a chance to be defeated by President Donald Trump.

Joe Biden’s camp is “freaking out” over his poor debate performance after he was savaged by Kamala Harris.

Go to ClownWorld.us at 7pm Central for complete coverage.

This time around, over 20 Dem candidates are eager to face-off with the man spearheading America’s recovery.

Bookmark this page or tune in to infowars.com/show as we host LIVE coverage of the debates starting at 7 p.m. Central Wednesday. You don’t want to miss it! Honk, Honk! 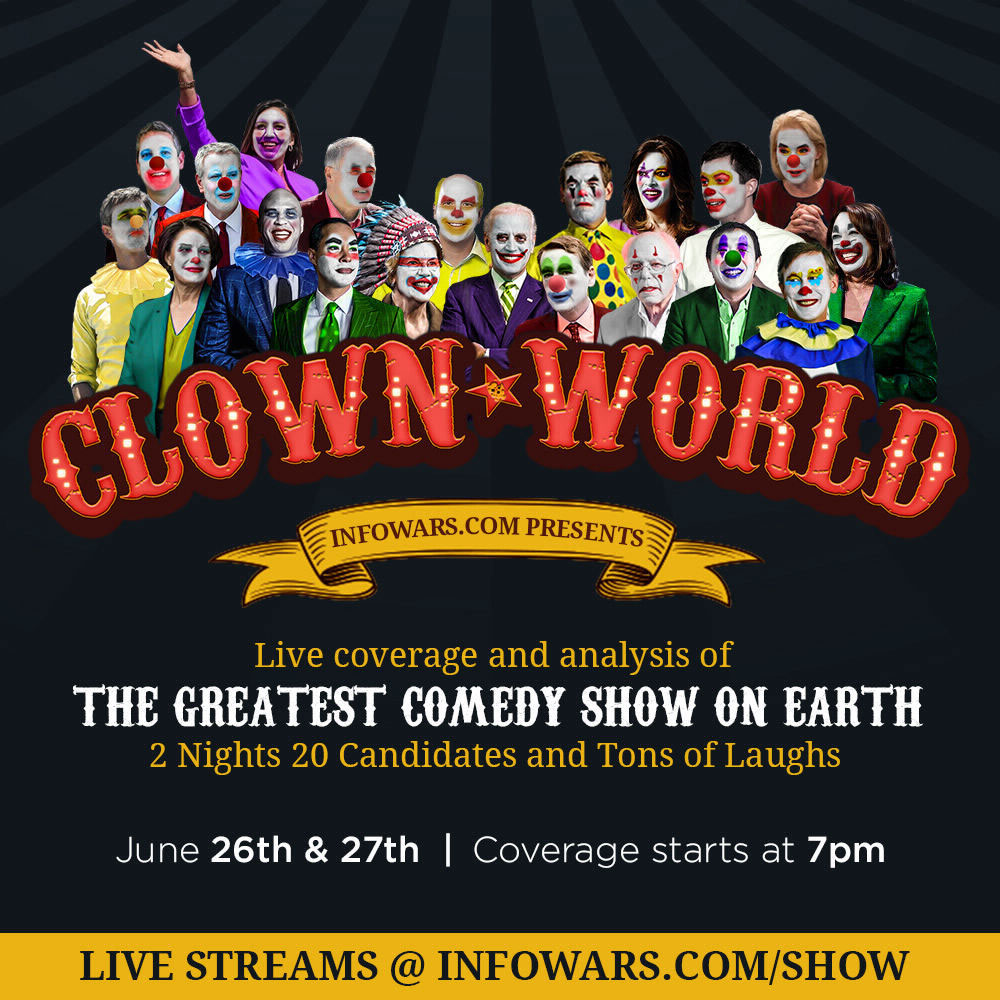 Greg Reese & Savanah Hernandez talk about their thoughts on night one of the Democratic debates.

Infowars’ Savanah Hernandez headed to Miami, Florida to get a live look at the Democratic debates this week.

Prior to the debates, Hernandez talked with locals about who they think the front-runner is in the Democrat field and how badly they think Trump will lose.

Lefto The Clown announces the Infowars Live Coverage of the Democratic candidate clown show on June 26th & 27th. Watch the stream at http://infowars.com/show.

Be sure to order your limited edition Clown World T-shirt!