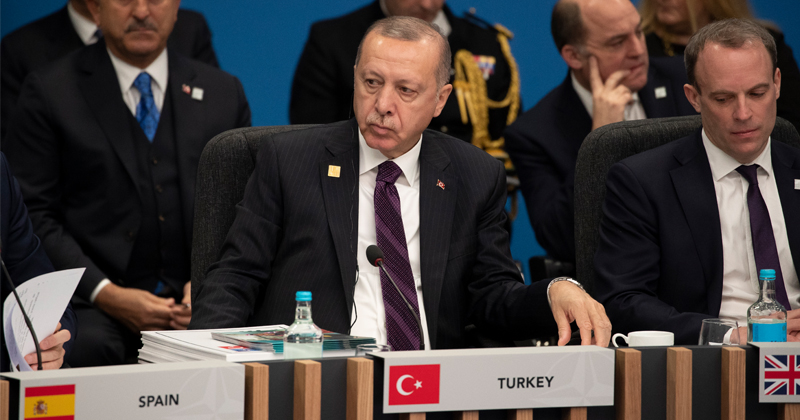 Turkish President Recep Tayyip Erdogan announced late on Sunday that Turkish troops have been deployed to Libya to support the internationally-recognized Government of National Accord (GNA) in Tripoli, Al Jazeera reported.

Erdogan’s troop deployment announcement comes days after Turkey’s government approved operations in Libya after it received a request for military support by GNA.


“Right now, we will have different units serving as a combatant force,” he said without giving much detail about the number of troops and the type of weapons that will be used to support GNA.

Erdogan said the object of the new deployment is not about combat operations but instead to support the government and prevent a humanitarian crisis: “Our soldiers’ duty there is coordination. They will develop the operation center there. Our soldiers are gradually going right now.”

Media reports have alleged that the Trump administration was mulling an ambitious plan to divide Libya into three areas based on three old Ottoman provinces: Cyrenaica in the east, Tripolitania in the north-west and Fezzan in the south-west, according to Sputnik News. And who better to implement this split than the country which once was the Ottoman Empire…

Libya has been stuck in a civil war since the killing of Muammar Gaddafi in 2011, with the country fracturing into two parts, with two separate governments controlling the eastern and western parts of the country. GNA controls Tripoli in northwestern Libya, and Khalifa Haftar’s self-styled Libyan National Army (LNA) controls the eastern part of the country that has an abundance of oil reserves.

Libya is now the scene for a proxy war being fought out between the Turks + Qatar (aiding the UN-backed Islamist GNA) & Egypt, Saudi + UAE (backing warlord General Khalifa Haftar).


President Trump warned Erdogan that intervention in Libya would make things a lot more complicated in the country. Coming at a time on unprecedented regional tensions following the killing of Qassem Soleimani, that appears to be the understatement of the year so far.

Predicatbly, the LNA’s field marshal, Haftar, slammed Turkish support of the western-backed GNA and declared “a jihad”, calling for the mobilization of “men and women, officers and civilians” to resist Turkish military operation.