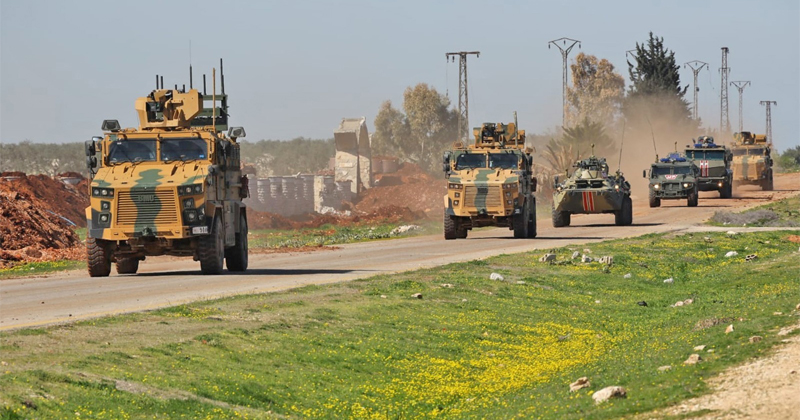 The statement comes as Russia and Turkey conducted a second joint patrol of the M4 Aleppo-Latakia highway in the Idlib Province of northwestern Syria.

Turkey has vowed to neutralize radical elements that impede the Russian-Turkish joint patrols in Syria’s Idlib, the Russian Reconciliation Centre for Syria reported on Monday.

According to the statement, the measure, which Ankara pledged to undertake soon, will concern the M4 Aleppo-Latakia highway in a safety corridor, created to ensure traffic along a route running six kilometers north and south of the highway.

The center added that the latest joint patrol took place earlier in the day on a shortened route due to safety concerns.

On 5 March, the Russian and Turkish presidents held negotiations on the spiraling tensions in the Syrian province of Idlib. Following the meeting, the two sides adopted a joint document, reaffirming their commitment to the Astana format and announcing the introduction of a ceasefire regime. The parties agreed to jointly patrol the crucial M4 highway.

The armed conflict between the Syrian government and opposition groups, including terrorists, began in 2011. By 2016, terrorist forces had been significantly subdued, while the government and opposition concluded a ceasefire, with Russia, Iran, and Turkey acting as its guarantors. Notwithstanding the recent escalation in the country’s northern sections, the return of refugees to de-escalated areas and the restoration of peaceful life remain a priority in Syria.

The situation heated up after a conflict between Syrian forces and the Turkish military erupted in the wake of a strike by the Syrian Army against Tahrir al-Sham militants in Idlib that killed up to 36 Turkish soldiers deployed next to the terrorists. In retaliation, Turkey attacked the Syrian military, claiming that its strikes “neutralized” around 300 Syrian servicemen and destroyed multiple military vehicles.