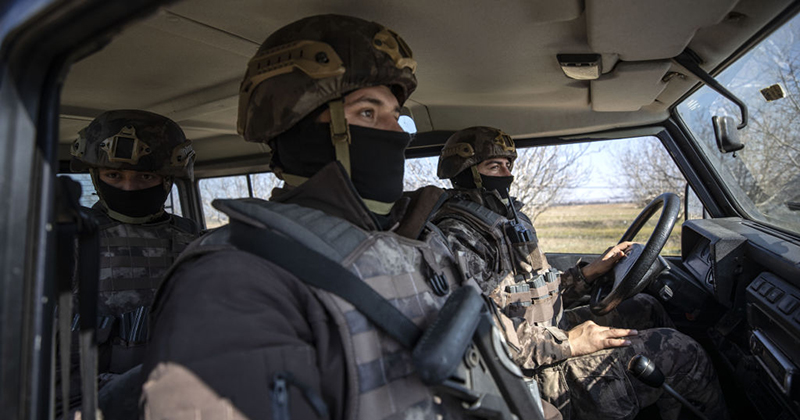 Starting last week multiple journalists published proof that Turkish authorities were actively facilitating refugee and migrant movement toward EU borders after Erdogan began making good on his prior threat to ‘open the gates’ — angry over the unfolding Idlib crisis.

This included footage of buses staged in Istanbul and other cities to take thousands to the land border with Greece.

And now Ankara is now openly saying it’s implemented a policy of not only pushing migrants to the border, but ensuring they won’t come back — even after Greece shut its border and has been seen using harsh tactics to keep people from entering in a heightened militarized response.

Also Dr. Francis Boyle, author of the Biological Weapons Anti-Terrorism Act, reveals more about the Coronavirus. Tune in as we uncover the secrets of the Coronavirus and how governments are using it to crack down on populations.

“Turkey will deploy 1,000 special operations police officers to prevent migrant pushback at the border,” the minister said, according to Turkey’s Daily Sabah.

The newspaper reported further: “Soylu told reporters that the European Union’s border protection agency Frontex and Greece have pushed 4,900 migrants back to Turkey since March 1.” He also claimed 164 migrants had been injured by Greek border security and Frontex.

The interior minister also estimated that almost 140,000 migrants are in the first wave headed toward Europe, which began departing Turkey last Friday.

This provocative Turkish move is sure to heighten charges out of Europe that Erdogan is weaponizing the vulnerable refugee and migrant population to blackmail the EU.

EU ministers met Wednesday in Brussels and issued a statement saying the bloc “strongly rejects” the “use” of migrants by Turkey’s government, saying that the “situation at the EU’s external borders is not acceptable.”

Migrants try to remove fences during the clashes with Greek police, after they tried to pass on Greek side, on the buffer zone Turkey-Greece border in Edirne.
A picture by #AFP photographer @Kilicbil pic.twitter.com/qu7eDnrViS

French Foreign Minister Jean-Yves Le Drian unleashed the most direct accusation of “blackmail.” He said in Paris Wednesday: “This migratory pressure is organized,” adding that, “It is organized by President Erdogan’s regime as a form of blackmail against the European Union.”

This latest move by Ankara to ensure migrants “can’t return” once pushed across the border is sure to only spark more chaos at border points already looking like war zones.

“Greek authorities fired tear gas and stun grenades to drive away a crowd of migrants making a push to cross the border from Turkey on Wednesday, as pressure on Greece continued after Turkey declared its previously guarded gateways to Europe open,” the AP reported earlier.

Greece blocks thousands of migrants trying to enter from Turkeypic.twitter.com/ZaeHhKTPLc

Injuries and possible deaths have been reported, however, the Greek government has rejected initial reports of its border guards firing on and killing migrants as “fake news.”