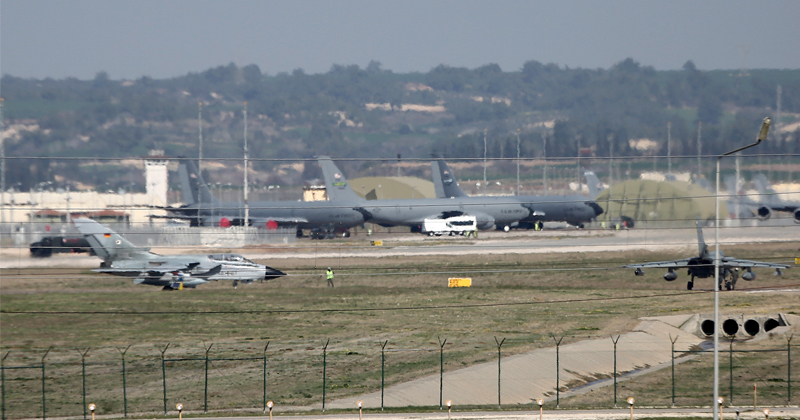 At the same time, Ankara has threatened to take back US military bases at Incirlik and Kurecik in Turkey, the Turkish Foreign Ministry has announced, saying it would “reevaluate” their status.

Sanctions legislation had been stalled by the Republican majority Senate, with the Rand Paul leading the charge against the bill, in order to give Trump more time to make a deal with Turkey over its controversial purchase of the Russian S-400 anti-air defense system.

The bipartisan bill sponsored by Republican Chairman Jim Risch and ranking Democrat Robert Menendez along with 16 other senators.

“I was willing to let the people talk,” Risch told reporters last week, “Very shortly thereafter it changed, and it has gotten worse instead of better.” Risch added of the next vote: “I suspect that bill’s gonna pass 98-2 on the floor.”

The measures will including not only sanctions over the S-400 acquirement, but will target specific Turkish officials and institutions as well, including a ban on arms sales tied to operations in Syria.

BREAKING — If US Congress sanctions Turkey, Ankara will re-evaluate the status of US bases Incirlik and Kurecik in Turkey, Turkish FM announces


Just ahead of the vote, Turkish Foreign Minister Mevlut Cavusoglu promised “retaliation” if it passes, which apparently now includes the serious potential escalation of booting US personnel from vital Turkish military bases.

Turkey said on Wednesday it would retaliate against any US sanctions over its purchase of Russian defense systems, adding that with Britain it had agreed to speed up a joint fighter jet program to meet Turkish defense needs. — Al Arabiya

Clearly more cracks in NATO now that its two largest militaries will be divided by sanctions.

Turkey’s actions over the past year are truly beyond the pale.

This bill makes clear to #Turkey that its behavior with respect to #Syria is unacceptable, and its purchase of the S400 system is untenable.


“U.S. lawmakers must understand they will get nowhere with impositions. If the United States approaches us positively, we will also react positively. But, if they take negative towards us, then we will retaliate these,” Cavusoglu said previously.