This revelation — on top of former F.B.I. translator Sibel Edmonds blowing the whistle (most recently, in a sworn deposition) on strong links between the American-Turkish lobby and high U.S. officials in the Bush Administration and Congress plus last week’s book release of former Homeland Security Secretary Tom Ridge ‘asserting‘ that Bush Administration top advisers pressured him to ‘raise the national threat level just before the 2004 election in what he suspected was an effort to influence the vote’ by raising fear-induced political capital — raises the eyebrow to allegations of false-flag operations being plotted and/or used to ‘manufacture consent’ for the so-called “War on Terror” in the U.S. and abroad.

Three men were arrested in 2007 and another in 2008 for plotting to bomb U.S. military bases in Germany to ‘kill as many U.S. soldiers as possible’. The group was declared as members of an Uzbekistan-based terror group Islamic Jihad Union splinter cell called, “The Sauerland Group”. “Mevlut K.”, a fifth suspect of Turkish nationality born in Germany, who the suspects confess was a ‘key figure’ in the operation ‘now appears as an informer of Turkish intelligence’ (M.I.T.) — as German intelligence (B.N.D.) was aware in 2004, the same year M.I.T. approached B.N.D. to install him into ‘Islam movements in Germany’.

“The supposedly dangerous group members [arrested] have emerged as no more than some muddle-heads. They had no links whatsoever to international Islamic terror groups,” writes Julio Godoy (IPS) – 20 Aug 09:

“No Islamic chief villain…in Pakistan or somewhere else influenced the group,” says Hans Leyendecker, one of Germany’s top investigative journalists. “Its members are dumb, narrow-minded young men who hate the U.S.”…

“Without Mevlut, we would not have been able to go as far with the preparations as we did,” Attila Selek, one of the accused, told the court. ‘K.’ had procured 26 fuses for the bombs the group was supposed to make, Selek said. Only, the fuses were useless. German police investigations showed that all but two were too humid to work.

Fritz Gelowicz, another member of the terrorist group, said the four men were informed of K.’s links with the M.I.T. “We knew that Mevlut had links with several secret services,” Gelowicz told the court. “We though that these links were good for us.”

[efoods]K. apparently did not hide his links to the Turkish secret service. On at least one occasion K. told the group they were being monitored by the German security agencies. “Then he told me he was stealing this information from secret services,” Selek told the court.

Despite warnings that the German police were constantly informed of their actions, the four men continued their preparations until they were captured.

Numerous sources have confirmed that the German foreign intelligence service Bundesnachrichtendienst (B.N.D.) knew in 2004 that Mevlut K. worked for the M.I.T. That year, the sources said, the M.I.T. proposed to the B.N.D. that K. be infiltrated into Islam movements in Germany. The B.N.D. reportedly rejected the Turkish plan.

Despite the confessions about K.’s involvement, German justice failed to order his capture for a long time. Mevlut K. is believed to be living in Turkey.

German authorities only issued an international warrant against Mevlut K. Aug. 13, several weeks after depositions by the other four members of the group had been widely circulated.

The Sauerland Group could have been “an orchestration to make believe that a huge terrorist threat” was looming over U.S. military facilities in Germany, says Rene Hellig, leading commentator with the Neues Deutschland daily.

Mevlut K. was referred to as the “chief” or “boss man” by the four suspects detained — Fritz Gelowicz, Daniel Schneider, Adam Yilmaz and Attila Selek. Der Spiegel reported in April that K’s information to M.I.T. was shared with the C.I.A.:

In fact, the German terror cell did require assistance in obtaining the detonators. According to [German Federal Criminal Office of Criminal Investigation (B.K.A.)] officials, Selek, who went back to Turkey in February 2007, approached a certain “Sut”, a man investigators believe is Mevlut K.

K. was able to help, too. He activated his network in Germany and the Balkans from his base in Turkey — a surprising bycatch for investigators. According to the investigators’ file, he activated at least 10 people in the next few weeks. Three are now under investigation in Germany by criminal investigators in the state of Lower-Saxony. Serbian authorities also have K.’s Balkans connections on the radar….

Mevlut K. had already arranged for a second and larger ration though. Investigators believe it was K. himself who hand-delivered the detonators in a plastic bag in an Istanbul mosque to a then 15-year-old German-Tunisian boy from Wolfsburg. The young man would later serve as a witness in the case. The contents of the bag included a pair of “Spice” brand shoes. Czech detonators had been hidden in the soles. The boy was paid €100 and he took a bus back to Germany, where he is believed to have turned over the detonators to Gelowicz on August 26 in the city of Braunschweig.

During arrests of three of the suspects in the terror cell in the town of Oberschledorn in the Sauerland region in the western state North-Rhine Westphalia on Sept. 4, 2007, all 26 detonators were recovered by police in a rental car. B.K.A. specialists later tested them and found that only three were fully functional — the rest had gotten moist or were unsuitable for the purpose. Was it a coincidence that they didn’t work or a security measure on the part of informant K.’s minders? In any case, says one shaken German investigator, “Three would have been enough.” 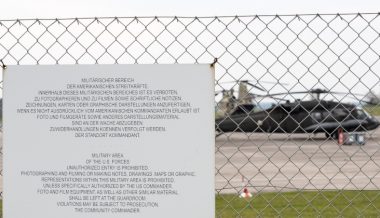