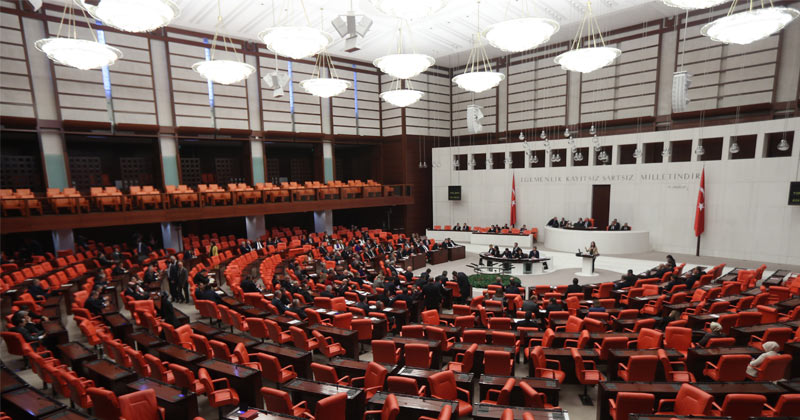 The Turkish parliament has voted to approve a plan to send troops to support the UN-recognized government in Libya as it continues to fight forces loyal to a rival government in the eastern part of the country.

Lawmakers approved the motion, which grants a one-year mandate for the troop deployment, in an emergency session on Thursday. The motion passed by 325 votes to 184.

The plan was opposed by Turkey’s main opposition party, the Republican Peoples’ Party (CHP), which said sending troops could aggravate the situation and embroil Ankara in another conflict.

The CHP said Monday that it didn’t want to see a situation similar to the crisis in Syria “unfold in yet another country.”

The motion does not clarify how big the deployment would be or when troops would be sent, allowing for the government to decide on the details.

Turkish Vice President Fuat Oktay said Wednesday that the deployment would likely start with military advisers, drones and special operations and that the “hope” would be that the military itself would not need to be involved.

Oktay said Turkey would not need to send troops if the rival government led by Gen Khalifa Haftar halted its offensive and had a “different attitude.”

Turkish president Recep Tayyip Erdogan said in December that Libyan prime minister Fayez al-Sarraj had asked for Ankara to send troops to the war-torn country when the two signed a military support pact. He insisted the deployment will allow Turkey to safeguard its interests in Libya and the wider region.

Less than an hour after the adoption of the bill, the Turkish president’s office said Erdogan discussed Libya with his US counterpart Donald Trump. The two leaders “stressed the importance of diplomacy in resolving regional issues,” yet it remained unclear whether Washington endorsed Ankara’s decision or opposed it.

Egypt, for its part, made its position very clear, condemning Turkey’s move and warning that it might “negatively affect the stability of the Mediterranean region.” Cairo has also urged the international community to address Ankara’s endeavor as soon as possible.

Libya has been locked in a never-ending civil conflict since 2011, when NATO’s bombing campaign helped anti-government militants to oust the long-time leader of the country, Muammar Gaddafi. The international intervention helped the “democratic” uprising to succeed – Gaddafi was gruesomely murdered and the country was effectively destroyed as a state.

As of now, there are two main warring parties in Libya – the UN-backed, Tripoli-based Government of National Accord (GNA) and the Tobruk-based House of Representatives (HoR), propped by the so-called Libyan National Army (LNA) led by strongman Khalifa Haftar.

The two forces have been entangled in a bloody conflict for years already, yet the standoff became particularly heated early in 2019, when the LNA launched a massive assault against the GNA and reached the outskirts of Tripoli. The offensive, however, promptly lost its momentum, resulting in a stalemate – but in mid-December, Haftar announced a new push on Tripoli and intense fighting resumed.