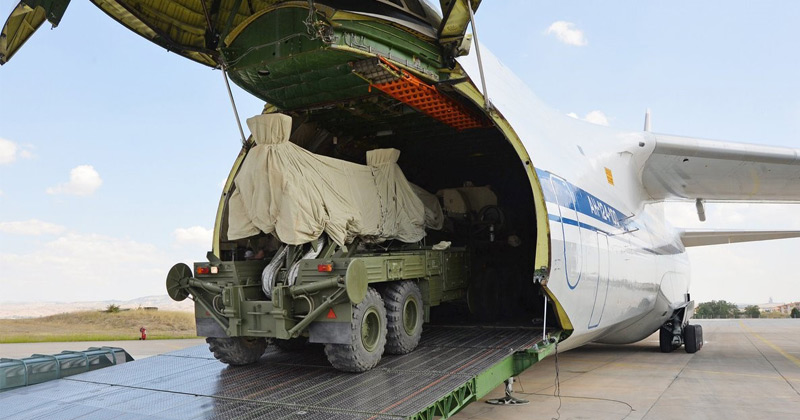 The deal is too important to Ankara’s friendship with Moscow.

Despite the protestations of Washington, Turkey, a NATO member, took delivery of its first shipment of the Russian-made S-400 air defense system in July. After a meeting with Erdogan on Wednesday, Trump told reporters that Ankara’s “acquisition of the S-400 creates some very serious challenges for us,” yet no agreement was reached on limiting or cancelling the purchase.

Erdogan said on Thursday that Trump had attempted to convince him to walk away from the deal with Moscow, but he refused. “We currently have a bilateral relationship with Russia,” he told reporters upon his return to Turkey. “We cannot set aside our strategic relationship.”

Trump’s proposal was “an infringement on our sovereign rights,” Turkish broadcaster NTV quoted Erdogan as saying.

The Turkish president’s decision to press ahead with the S-400 purchase saw it booted out of the F-35 fighter program in July. NATO officials were worried that jointly operating the alliance jet with the Russian air defense system could compromise the fighter’s stealth technology, while the Trump administration likely viewed the suspension as leverage to push Erdogan away from the Russian missiles.

Erdogan teased about the possibility of buying Russian-made Sukhoi fighters instead of the F-35s before departing for Washington. After meeting with Trump on Wednesday, Erdogan told reporters that Trump’s attitude to resolving the F-35 issue had become more “positive.”

However, as with the S-400s, no specifics were announced.

Though the US and Turkey are both NATO members, Erdogan has been a willing partner of Russia, much to the chagrin of American lawmakers. The S-400 issue drove a wedge between the countries this year, but Ankara has for several years seen US support for Kurdish militias in Syria as a problem. Viewing the militia groups as terrorists, Turkey finally launched a crackdown on them last month, once US forces withdrew from Kurdish-held territory in northern Syria.

Trump praised a ceasefire between the Turks and Kurds on Wednesday, and claimed that Erdogan “has a great relationship with the Kurds.” A handful of Republican senators met with the Turkish leader beforehand, however, with Texas’ Ted Cruz telling reporters beforehand that he intended to criticize Erdogan’s “deeply problematic” behavior in Syria. South Carolina’s Lindsey Graham also described the meeting as “an American civics lesson for our friends in Turkey.”