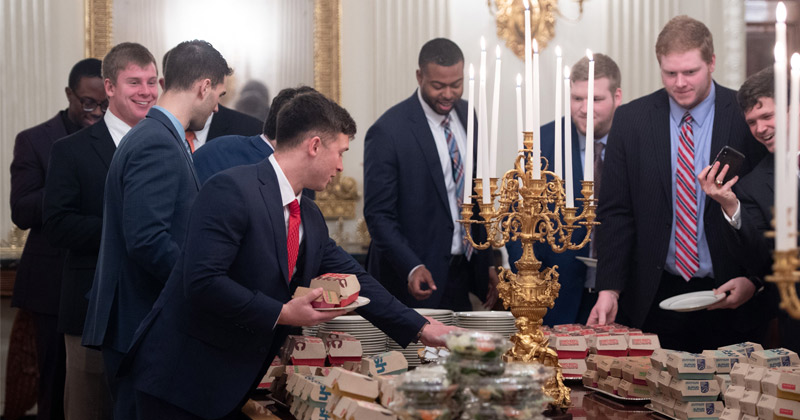 “I would like to invite the Clemson Tigers football team here for a great meal,” Strahan said on Tuesday, adding “Lobster, whatever you want, we’re gonna take care of you.”

ATTENTION @ClemsonFB: @michaelstrahan has a very important announcement for you! Should we expect to see you in Times Square for lobster AND caviar soon?#QTNA #GMADay https://t.co/W1vUNMab63 pic.twitter.com/fwPlNxERyb

The optics, however, might be on the president’s side: the vast majority of Americans have eaten fast food, but not caviar.

When was the last time you’ve heard about college football players dining on caviar? It seems the president is more in tune with the average American.

Besides, it may have been out-of-touch for Trump to offer that, especially during a government shutdown when the mainstream media could have spun the news as “Trump eats caviar while federal workers suffer.”

“We had McDonalds and everything. It was good,” he said, adding that he hopes to return to the White House.

Gillette has released a new ad featuring feminist propaganda exposing the brand is now run by those with an agenda to change male behavior.