Another LGBT onslaught designed to inure the public to homosexuality. 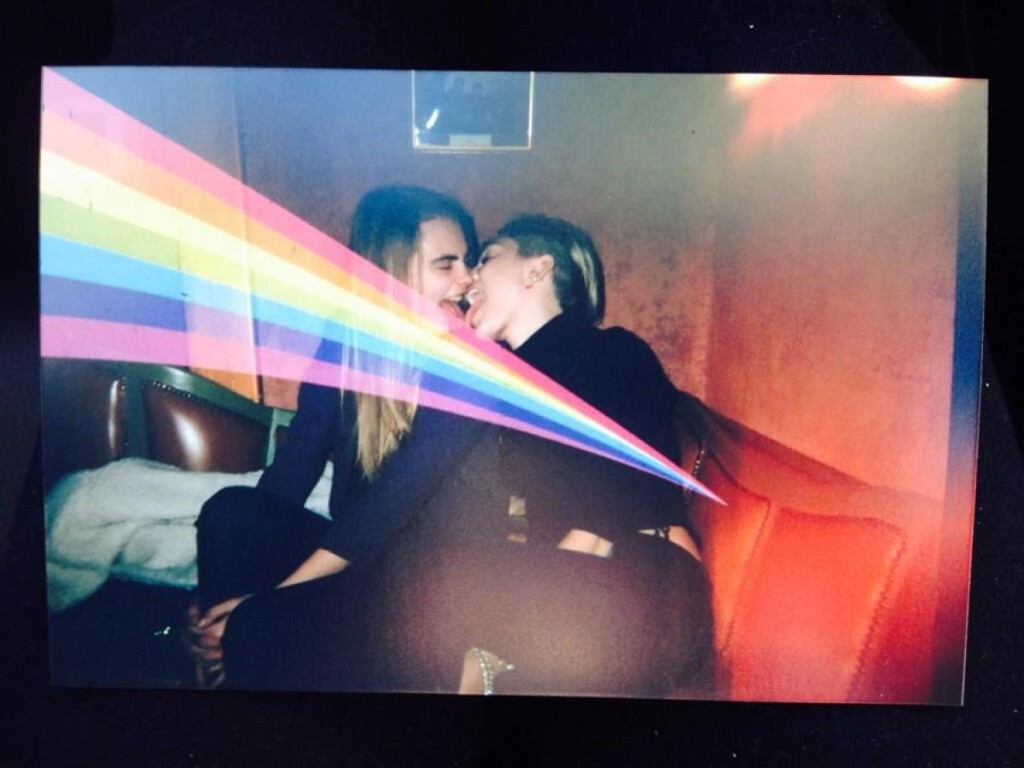 An integral part of the prog political agenda is the demand that heterosexuals accept without question the “gay lifestyle.” The establishment and its corporate media insist the next phase in the struggle for human rights is centered squarely on homosexuality. As the Phil Robertson blow-up reveals, any disagreement with this agenda and refusal to affirm the gay lifestyle will result not only in censor, but economic warfare.

Next up, a photo of the former Disney teenage sweetheart morphed into licentious slut, Miley Cyrus, engaged in a tongue kiss with a super model that has an ancestry firmly rooted in royalty. The photo of Cyrus and Cara Delevingne kissing sports the symbol of gay “rights” – a rainbow.

Many will, of course, chalk this one up to Miley (or more likely her management team) taking her new outrageous public persona to its next level.

However, the timing of the release of the photo coincides with a determined push to propagandize the public and inure it to homosexuality. It is also an effort to condition the herd to accept the LGBT political agenda that prominently features intolerance of religious values or any social or political opposition to the creation of a special group of individuals supposedly deserving preferential treatment by the state.