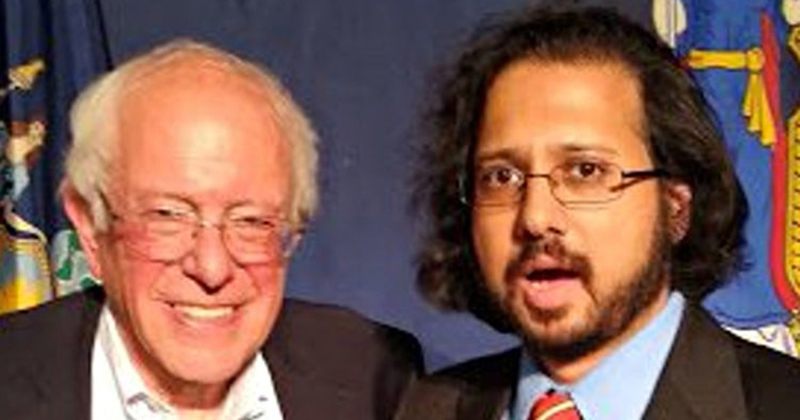 A supporter of Sen. Bernie Sanders (I-VT) who tweeted out to his followers to shoot police in the face is allowed to remain on Twitter, despite directly advocating violence.

Twitter user yusufneedsarest is a supporter of Senator Sanders – his supporters are also known as “Bernie Bros.” On Tuesday, Yusuf sent out a series of tweets, seemingly in reaction to the recent coronavirus outbreak telling people to “go shoot the nearest police officer in the face,” adding that the “elites” should also be killed:

They are the bottom enforcers of a system that profited from such poverty and decay that we are now jobless and homebound with no income nor healthcare to help us through this crisis. Go shoot the nearest police officer in the face… IDFGAF how mad you are about this, or if I get dragged off. I know right from wrong. The elite are abandoning us to die. Fuck them. Kill them for their cruel abandonment. They all deserve to die and modern society deserves to end. And from the ashes, may a better society be born.

The tweets were eventually removed by Twitter for violating their community standards, as you would expect for calls to direct violence. However, a number of violent and seemingly threatening tweets are still up on Yusuf’s Twitter profile at the time of writing, including threatening to vandalise Washington DC, fight the police, and suggesting he would punch people in the face who didn’t support Sanders:

This is how angry and violent you should be at the Democrats for what they are doing to us and to Bernie Sanders pic.twitter.com/qZhKN3Unns

We are in the midst of an outbreak and recession

Fight the fuck back

Or you deserve everything US government does to you

If you want Bernie to be President

You must vandalize Washington DC

You must ignore the police who harass you

You must fight the police when they threaten lethal force

You must fight the military joining in

We will never have the government we deserve without sacrifice

I assume that's why I'm not currently employed by his campaign.

But you need us Bernie, admit it or not

We love you in a way no one else ever will

Another day another 13% downturn in market. Trump is being pushed by fear, Making America GREAT-DEPRESSION Again. Panicked moves & authoritarian dictates are not working unless the objective is to destroy our lives and turn us into Agenda 2030 slaves.

Some considered it telling that violent tweets from a Sanders supporter are still allowed on Twitter, whereas conservatives, nationalists, and anyone who supports President Trump, are regularly attacked by the platform for simply expressing views contrary to the mainstream leftist opinion.

It is unclear whether Twitter will take any more action on Yusuf’s account, but it seems unlikely.