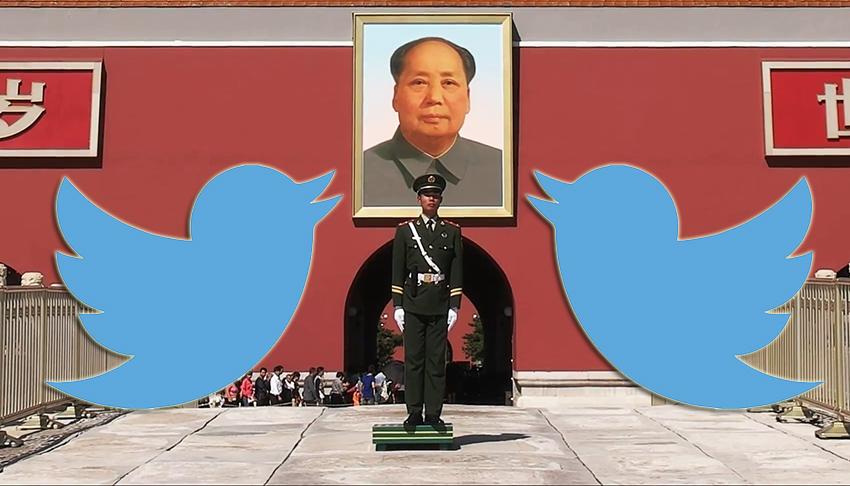 Not satisfied with silencing Trump supporters because it was Her Turn, Twitter last week banned hundreds, and by some reports thousands of Chinese dissidents from the platform – three days before the 30th anniversary of the Tiananmen Square massacre.

#Developing A large number of Chinese @Twitter accounts are being suspended today. They “happen” to be accounts critical of China, both inside and outside China. @TwitterSupport @TwitterForGood pic.twitter.com/GHYRkofK9v

It hit human rights lawyers, activists, college students and nationalists, who use workarounds to get access to Twitter, which is banned in China. Just about every part of the raucous, if small, Chinese language Twitter world was affected.

The accounts began rapidly disappearing just days before the 30th anniversary of the crackdown on a student-led pro-democracy demonstration in Tiananmen Square in Beijing. Many online assumed the worst: a coordinated attack by Beijing to project its suffocating internet censorship outside its own digital borders. –New York Times

Put another way, the San Francisco-based, very liberal Twitter stripped a small minority of mostly powerless Chinese people of the ability to criticize their monolithic, human rights-violating government – on the anniversary of said government murdering hundreds, if not thousands of dissidents.

Or maybe the ccp hacked Twitter. That would make more sense to me.

Twitter said in a statement that they had ‘inadvertently gone after a number of legitimate Chinese-language accounts’ as part of routine efforts to stop spam and inauthentic behavior.

“These accounts were not mass reported by the Chinese authorities — this was routine action on our part,” said Twitter in a statement, ading “Sometimes our routine actions catch false positives or we make errors. We apologize.”

Spoiler Alert! The newest Godzilla movie uses a plot that is geared towards telling the truth about the globalist agenda. Alex saw the film and gives his take on the most interesting elements in the movie.

What an amazingly timed coincidence…

Maybe Jack Dorsey still hasn’t forgiven the Dalai Lama from talking shit about his nose ring and has gone all in for the CCP?

Of note, Chinese censors blocked access to Twitter in 2009, two days before the 20th anniversary of the crackdown. And given the social media giant’s documented record of censoring large groups of people for political purposes, people aren’t buying Twitter’s explanation.

And this just so happened to occur right before the anniversary of Tiananmen? Sounds like BS to me

One human rights lawyer, whose account had been taken down, said that in protest he tweeted an image of Twitter’s bird mascot colored red with five yellow stars to evoke the Chinese flag.

The routine action set off real fears. In China, the June 4 anniversary of Tiananmen brings an extra dose of censorship to one of the world’s most controlled corners of the internet. Tools that help users jump the Great Firewall to get access to the broader online world often sputter inexplicably.

Within China, Twitter users have faced escalating pressures. At the end of 2018, China’s Ministry of Public Security began to target Chinese Twitter users. Although Twitter is blocked, many use virtual-private network software that enables access.

In a campaign carried out across the country and coordinated by a division known as the internet police, local officers detained Twitter users and forced them to delete their tweets, which often included years of online discussion, and then the accounts themselves. The campaign is continuing, according to human rights groups.

Twitter said that all the dissidents hould be able to recover them shortly, however as the Times reports, some accounts remain locked.

Commonly known in mainland China as the “June Fourth Incident,” the Chinese government forcibly suppressed the 1989 student-led demonstrations against the slow pace of reforming the country’s authoritarian political system, as troops killed hundreds to thousands of protesters with assault rifles and tanks.

At 1am on June 4, 1989, Chinese troops began firing on demonstrators. As many as 10,000 people were reportedly arrested during and after the protests, with several dozen executed.

Want to learn more about #TiananmenSquareMassacre not white-washing by the US-China Exchange Foundation?