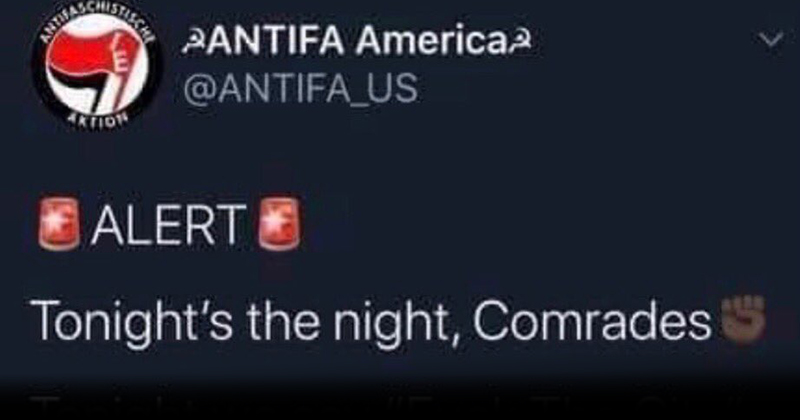 Twitter says it has shut down an ‘Antifa’ account that was calling for violence, claiming that those behind it were really ‘white supremacists’.

The account came to the attention of the company after Donald Trump Jr. noted that it was an example of Antifa engaging in calls for violence.

“Absolutely insane,” Trump Jr. wrote in a now deleted Instagram post, sharing a screenshot of the tweet, “Just remember what ANTIFA really is. A Terrorist Organization! They’re not even pretending anymore,” he added.

Now since Twitter removed the account, leftists are using it as a way of tacitly defending Antifa, and blaming white supremacists for the violence that continues on the streets.

Whether this was a fake account or not, it doesn’t excuse the fact that the rioting of the past four days has clearly been perpetrated by Antifa thugs and opportunistic looters using ‘Black Lives Matter’ as a cover for their criminal activity.

But wait, blue check marks on here told me Antifa are literally the same as WW2 troops who stormed the beaches of Normandy. https://t.co/3EnzMYyVTL

Following an incident in Austin where a homeless veteran’s mattress was set on fire by Antifa rioters, leftists falsely claimed an Infowars film crew filming the scene were responsible for the attack.https://t.co/7QpLfitlKC

Antifa’s attempts to sow chaos beyond the inner cities has been met with swift put downs from Americans defending their communities, however:

When Antifa messes with the suburbs. Best thing I’ve ever seen. pic.twitter.com/zK6MkhdemV

All of this hasn’t prevented leftist media from continuing to run defense for Antifa, pushing propaganda that they group just ‘wants a better world’ or that it cannot be designated a terror group because it doesn’t have centralised organisation. 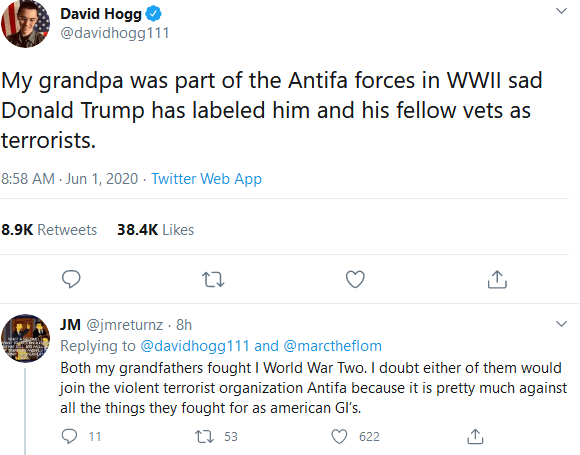