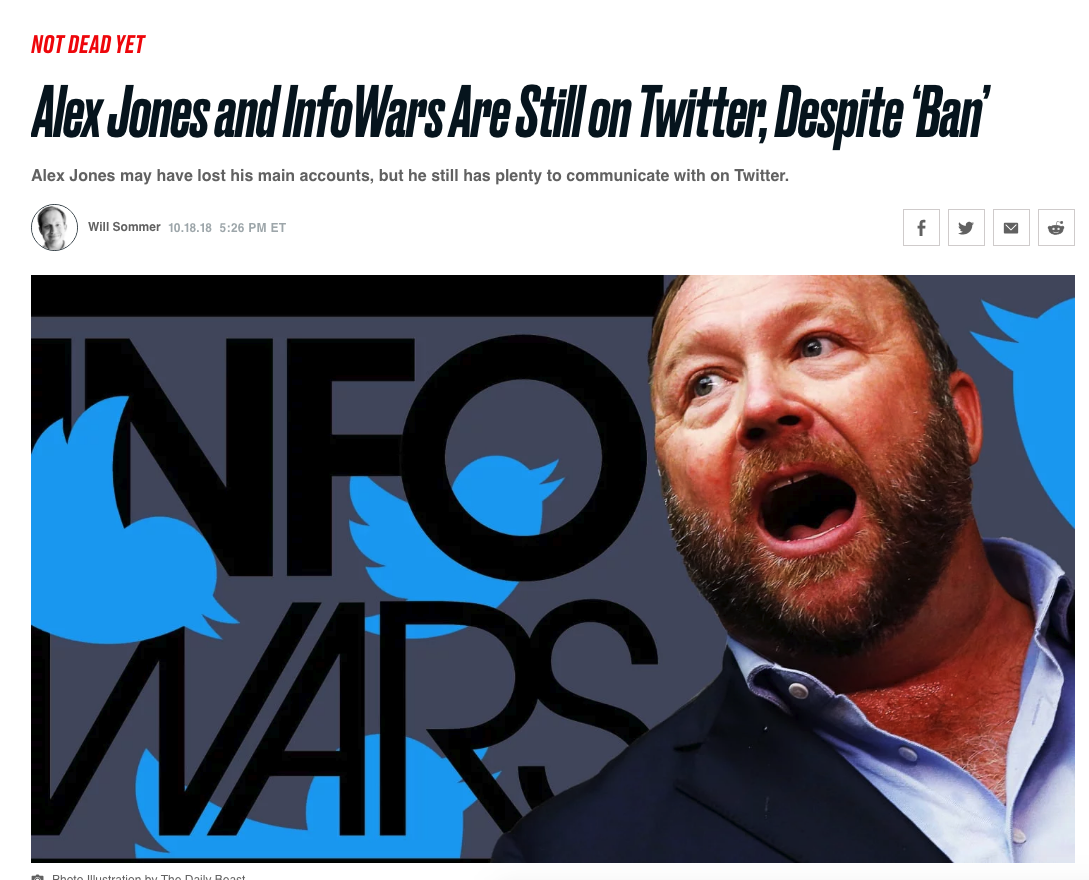 The Infowars Army, Infowars Reports and even the Infowars Store Twitter accounts were terminated Monday in a purge that resulted in the suspension of 18 total Infowars-linked pages.

The massive ban comes less than a week after the Daily Beast wrote an article calling for Twitter to take action against the remaining accounts associated with Infowars. 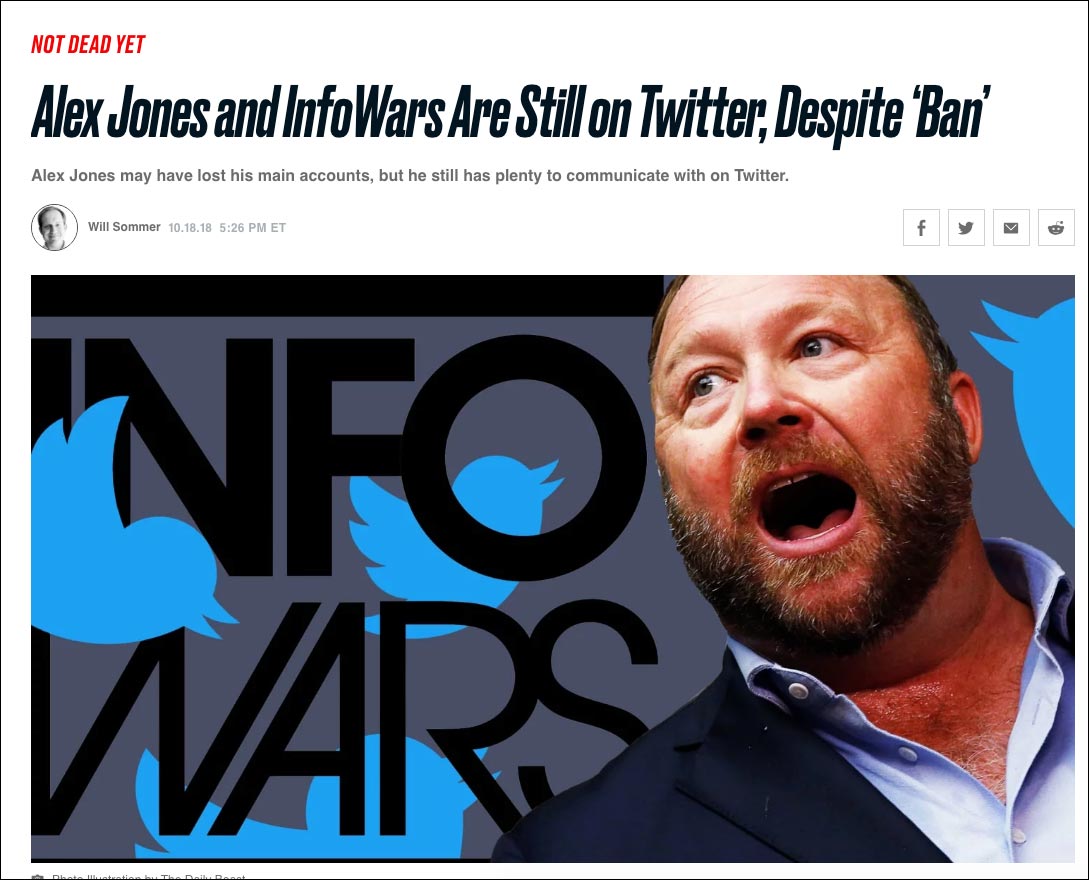 CNN’s Oliver Darcy was among the first to celebrate the authoritarian silencing of a competing news outlet.

Twitter spox tells me the company just suspended 18 accounts which were “under the Infowars umbrella.” Spox says Twitter previously suspended 5 accounts for attempts to get around ban of Alex Jones. After numerous warnings, spox says Twitter suspended these other accounts too.

Below are the videos that Twitter decided you shouldn’t watch. Share this link to defy the censorship of the tech elite and to help spread liberty worldwide.


Infowars Army – Live! 100K Show Up For Texas Trump Rally, Making It The Biggest In History