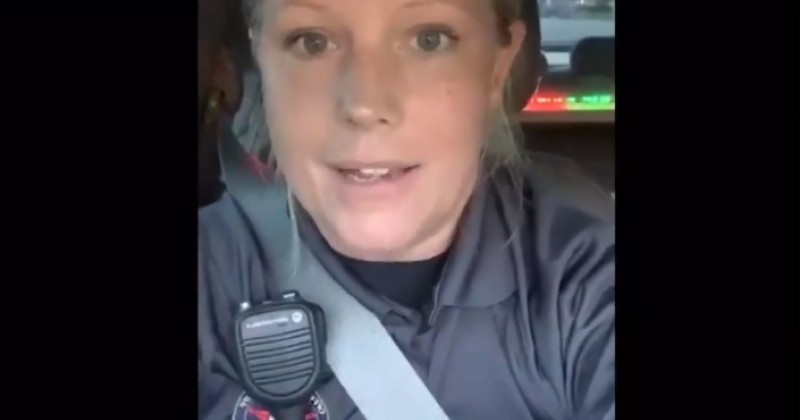 A female cop who expressed anxiety about her McDonalds order being poisoned given the vitriolic hatred of police that has gripped America was turned into the butt of a joke by a Twitter mob who declared her “Officer Karen.”

In a clip uploaded to social media, the officer describes how she visited McDonalds on the way home from work but that she was made to wait a long time to receive her food order.

After being given only a coffee and no food, the officer states, “I told her don’t bother with the food because right now I’m too nervous to take it.”

“Right now I’m too nervous to take a meal from McDonalds because I can’t see it being made,” she added. “I don’t know what’s going on with people nowadays but please just give us a break.”

The officer said she’d been in the job for 15 years and had “never ever had such anxiety about waiting for McDonalds drive-thru food.”

I think we've figured out what's been wrong with the cops in this country. According to Stacey, they haven't been hearing, "Thank you," enough.

Officer Karen breaks down over the anxiety of ordering a McMuffin.

The disconnect with what's happening on the streets is astounding. pic.twitter.com/Snp0wztBq1

As has become routine, once the Twitter mob saw the video, they ridiculed the cop as ‘Officer Karen’ and tried to frame the narrative as an uppity, entitled white person having a breakdown because they didn’t get their fast food.

In reality, the female officer’s concern is entirely rational given the current hysteria and hatred of police officers being whipped up by Black Lives Matter supporters and the media.

On Monday night, four NYPD officers had to be rushed to hospital after ingesting bleach at a Manhattan Shake Shack.

Rather dubiously, a subsequent (and very swift) investigation concluded that no criminal act had taken place and that the toxic substance had found its way into their drinks by “accident”.