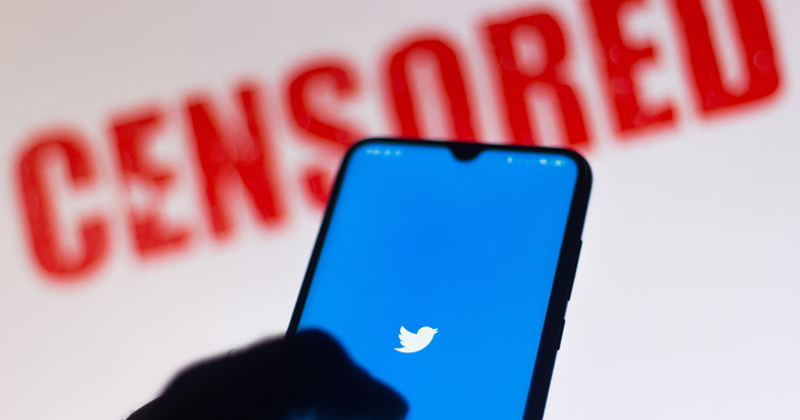 In another blatantly partisan move, Twitter has banned a political satirist who makes memes, almost certainly because President Trump has previously retweeted some of his work.

Logan Cook, aka CarpeDonktum, has been permanently suspended by the platform, meaning that it will no longer host his material, which typically consists of satire aimed at Democrats, the media, and the establishment.

While Twitter’s official reasoning appears to be ‘copyright’ violations, Cook himself is adamant that the final straw leading to the ban was Trump re-tweeing his ‘CNN Toddlers’ video last week:

Twitter slapped a warning label on the video declaring it to be “manipulated media” last week, before banning Cook altogether.

“I have ALWAYS complied with DMCA takedown rules, and I have submitted counterclaims when necessary, but I have NEVER uploaded content that has been removed.” Cook explained on his blog.

“I have abided by the community guidlines, and followed the rules. It doesn’t matter,” he continued.

“I have been banned for being effective and they won’t even look me in the eye as they do it,” Cook urged.

Cook has moved over to Parler, where he explained that he is now facing a harassment campaign from Twitter:

Master meme-maker Carpe Donktum has an update over at Parler about Twitter's non-transparent actions taken against him. https://t.co/QXteAYoCJP pic.twitter.com/Dc3FkehwSr

Mollie Hemmingway, who works for The Federalist, which has also been targeted for censorship by big tech recently, noted that a purge of influential conservatives is underway ahead of the election.

The move dovetailed with Twitter once again censoring a tweet by Trump for “threat of harm”, as the President vowed to uphold the law in the nation’s capital, writing “There will never be an “Autonomous Zone” in Washington, D.C., as long as I’m your President. If they try they will be met with serious force!”

We’ve placed a public interest notice on this Tweet for violating our policy against abusive behavior, specifically, the presence of a threat of harm against an identifiable group.https://t.co/AcmW6O6d4t

However, as many pointed out other vile content remained untouched on the platform:

Today @Twitter suspended @CarpeDonktum because he made funny memes, censored @realDonaldTrump for saying he’d enforce the law, but kept up a racist stalker who posted a woman’s info during a video of him harassing her as she panicked.

There's nothing righteous about this. It's sadism. And the way it's gone super-viral on Twitter – without anyone having any idea what happened – is grotesque, especially given the obvious patterned grifting of the person who filmed and published it for his own aggrandizement: https://t.co/wJPvmOGb1B

Congrats to everyone who spent the day trying to ruin this woman's life for no apparent reason other than an obvious grifter needs attention:https://t.co/MA3KqBjdQP

Some noted that Twitter is now completely open about it’s political affiliations:

A campaign is underway to ditch Twitter and move to Parler:

If @realDonaldTrump wanted to end Twitter's double-standard censorship, all he'd have to do is announce he was moving to #Parler, launching a #MeToo movement.