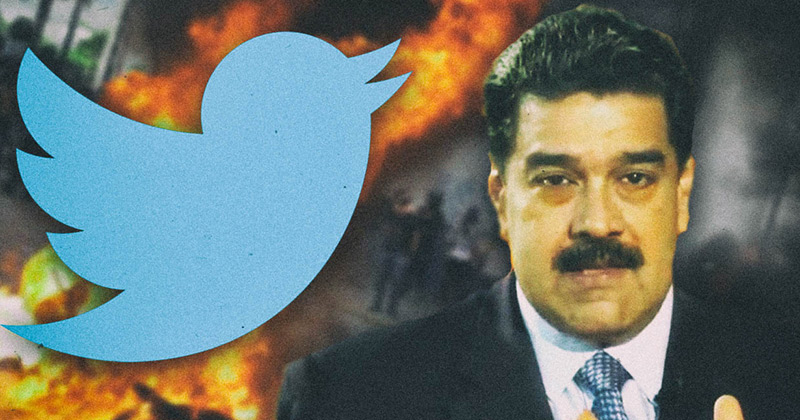 Recently, during another Capitol Hill butt kissing session between our Silicon Valley overlords and the clueless government hacks being unwittingly goaded into submission by a growing stranglehold on free speech, Nick Pickles, who handles public policy for Twitter, argued a doozy of hypocrisy for all to witness.

No… Maduro hasn’t violated anything unless you count the fact that he has committed crimes against humanity according to an OAS and Amnesty International report during his Presidency that has morphed into a dictatorship.

Or that over 9,000 Venezuelans have been executed for resisting his authority as his security forces committed 22% of the country’s homicides while over 4 million people were forced to flee the country due to living conditions that resemble total chaos.

Or that he modified the Constitution to stay in power.

Maduro is a great guy according to the Trump haters in Silicon Valley.

Meanwhile, independent journalists like Gary Franchi over at the Next News Network have their accounts removed for absolutely no reason other than a refusal to feed the Trump Derangement Syndrome narrative as the inquisition against truth continues, lead by Silicon Valley and the ADL.

Elsewhere on Capitol Hill, Candace Owens defended herself yet again from the unrelenting smear campaign of the left.

Clearly, Congress is inept to deal with the totalitarian digital cancer circumventing the rights of all Americans in regard to free speech.

Their inability to handle the situation is a blatant indication that we no longer reside in a Republic, but toil under the boot of a Corporatocracy.