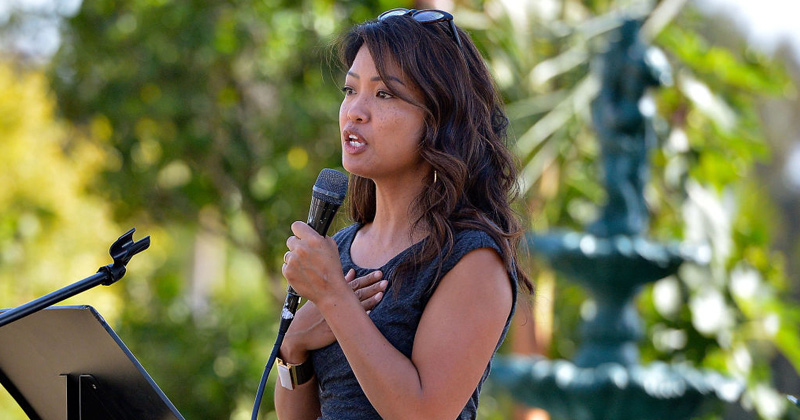 Twitter has suspended Michelle Malkin for a tweet that argued that “violent criminal looters” should be shot, and is demanding she remove it.

Malkin, the conservative and pro-America First political commentator, had written on Twitter as the recent Black Lives Matter riots first spread around the country that “violent criminal looters should be shot.”

Five days after posting the initial tweet, Twitter decided that Malkin’s comments violate their rules against “abuse and harassment,” and have demanded that she delete the tweet. If she does, a 12 hour countdown will begin before she is no longer suspended from the platform. 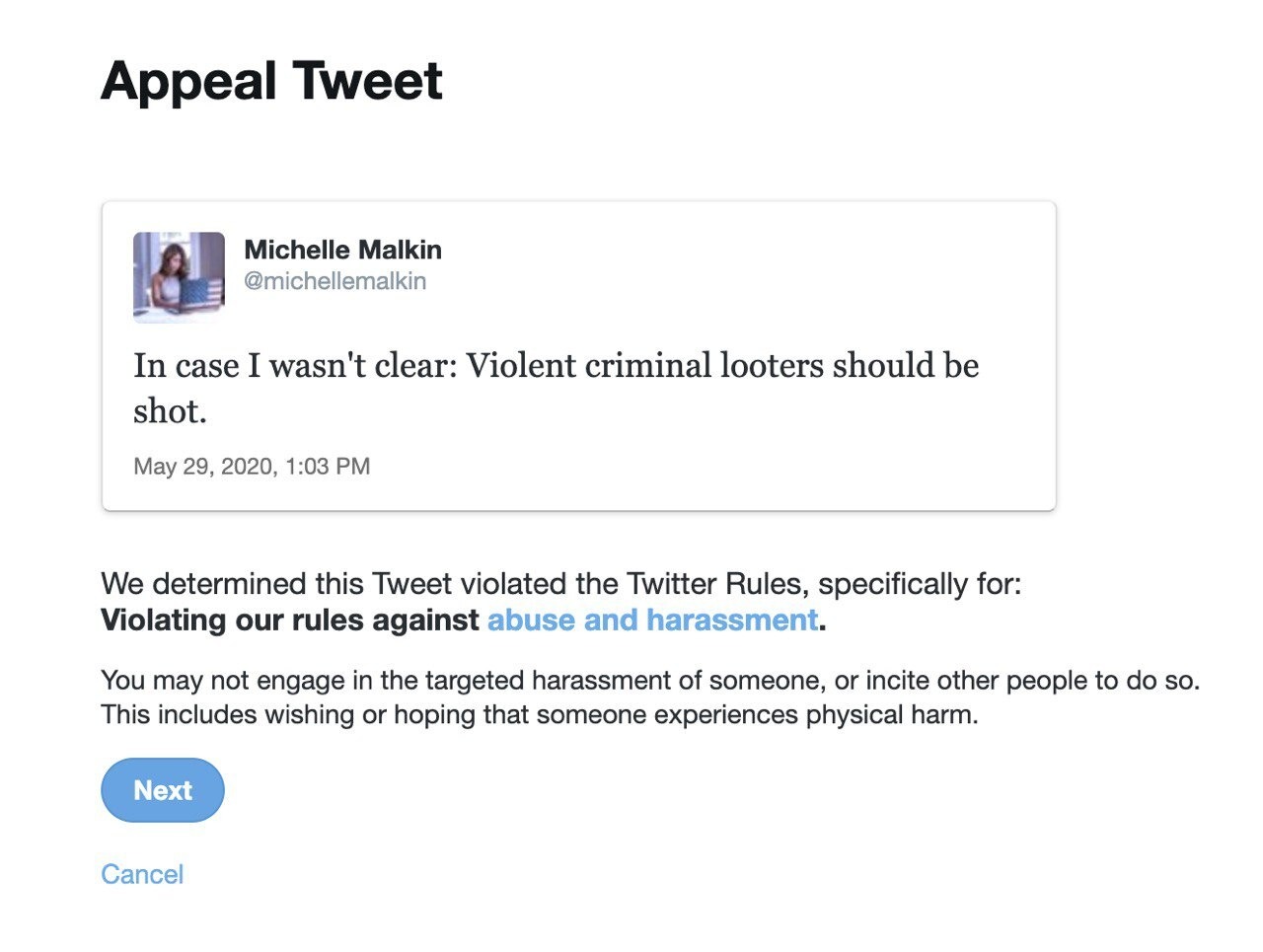 This is despite the fact that Malkin’s tweet echoed official statements from US police departments. Sheriff Grady Judd of Polk County, Florida, warned looters on Monday that given he encourages the residents of his county to own guns, “if you try to break into their homes to steal, to set fires, I’m highly recommending they blow you back out of the house with their guns.”

Twitter has also refused to remove tweets and crack down on accounts from leftists that clearly advocate for illegal violent acts. The site is being used to co-ordinate looting, with rioters also planning Kristallnacht-style attacks on white businesses, and communist accounts pointing people towards rubber bullet factories to take down.

Speaking exclusively to National File, Malkin was defiant, saying that she would not delete her tweet, as “there is nothing abusive or harassing about defending law and order”:

With America engulfed in spreading flames because of the riots, it is more important than ever that law-abiding citizens have the unfettered freedom to demand consequences for violent criminal behavior. Twitter has rigged the social media playing field for years. This is systemic, coordinated gaslighting by Silicon Valley and cultural Marxists. I’m not an inciter of violence. I’m a defender of peace. Every day, Twitter allows Antifa to doxx and harass journalists and Trump supporters. Every day, Twitter allows BLM agitators to incite escalating violence against cops. I hope that those still remaining on the platform will re-double their efforts to expose the double standards and speak up against anarchy.

Our first amendment is being stripped away

Donald Trump shared a video from Michelle Malkin about censorship and immediately… got censored.