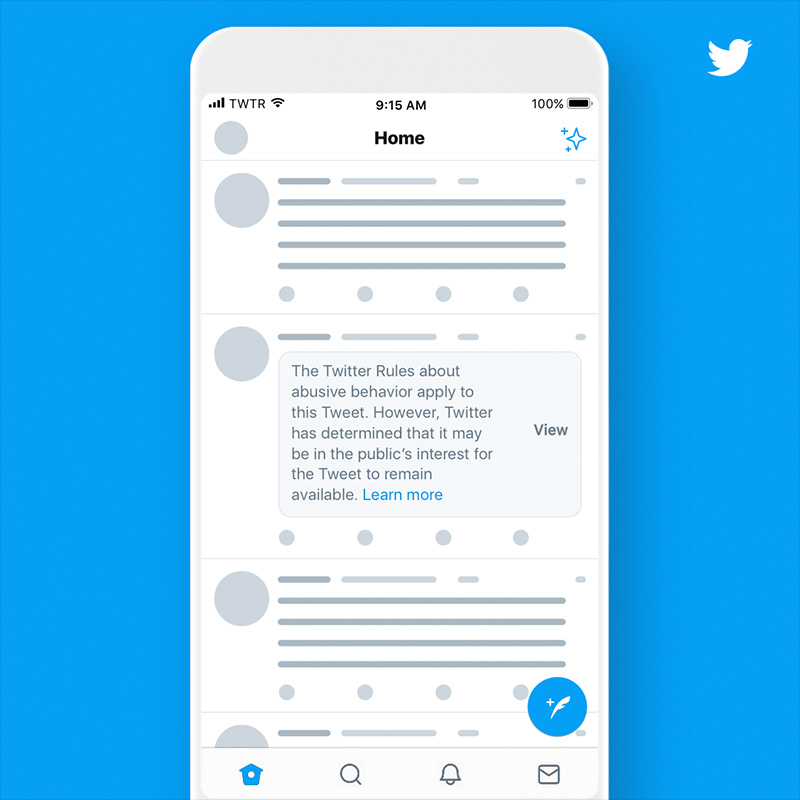 Twitter will begin labeling tweets from lawmakers that violate community guidelines, a move which could demote tweets from the president himself.

In a move announced Thursday, the company said rule-breaking tweets from verified government officials and political candidates with more than 100K followers would not be removed, but would receive the following trigger warning:

The company says it’s setting up a task force in hopes of only rarely using the label, which will de-prioritize the offensive tweet in followers’ timelines.

Twitter claims it has allowed tweets that break the rules for far too long, according to a blog post from the company.

“In the past, we’ve allowed certain Tweets that violated our rules to remain on Twitter because they were in the public’s interest, but it wasn’t clear when and how we made those determinations,” the company stated. “To fix that, we’re introducing a new notice that will provide additional clarity in these situations, and sharing more on when and why we’ll use it.”

The new rule could entangle President Trump, who has frequently been a target of the left for using non-PC language to describe people or situations he’s at odds with.

The move comes as left-leaning Big Tech companies face renewed scrutiny over their monopolistic takeover of the public square, eliminating voices right of center with outright bans or censorship.