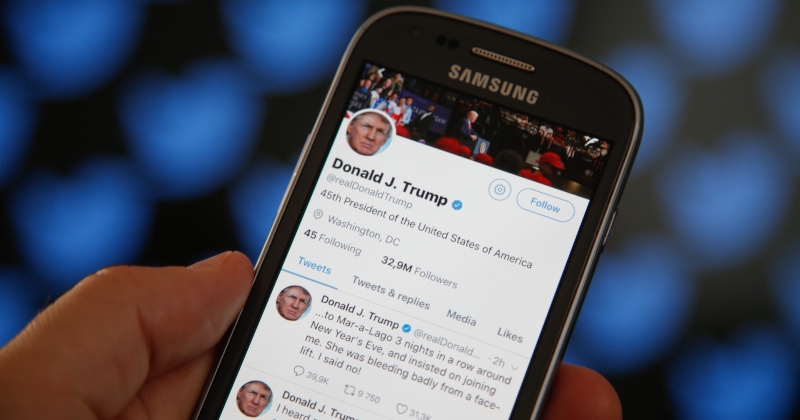 Twitter has put US President Donald Trump – and other world leaders – on notice with a clarification of its rules, letting one of the platform’s most popular users know that it can cut off his ability to go viral at any time.

Twitter clarified its rules concerning powerful political leaders in a blog post on Tuesday, never mentioning Trump by name but clearly keeping him in mind. The new guidelines seem uncontroversial enough on the surface, but leave a wide loophole for potential deplatforming of the #Resistance’s favorite punching bag.

While “direct interactions with fellow public figures, comments on political issues of the day, or foreign policy saber-rattling on economic or military issues are generally not in violation of the Twitter Rules” at the moment, they can get a belligerent world leader’s tweets placed in a no-man’s-land where they cannot be replied to, liked, or shared, Twitter warned.

They haven’t had to use the quarantine option yet, but they’re just reminding any tweet-happy world leader who might happen to be reading that it’s possible, and that it could stop their tweet from going viral.

Not that they have any particular leader in mind, or anything.

ABC Entertainment execs admit that Alex Jones is seen as a populist leader who must be destroyed.

There are some “red lines” which world leaders cannot cross, including “promotion of terrorism,” doxxing, child sexual exploitation, promoting self-harm, and – in perhaps the most obvious dig at Trump – “clear and direct threats of violence against an individual.”

Context is key to the latter, Twitter explained, claiming “commentary on political and foreign policy issues would likely not result in enforcement” – but “likely” leaves the door open to the president being deplatformed for his usual belligerent posturing, should Twitter decide his latest tweetstorm doesn’t qualify as political commentary.

Harris had called for the suspension of Trump’s account after the president accused an anonymous CIA whistleblower of spying and House intel committee chief Adam Schiff of “fraud and treason,” claiming the tweets constituted threats because Trump had – offline – commented that the US “used to handle [spies and treason] a little differently than we do now.” Those tweets – plus Trump’s quote of a Fox News claim that removing him from office would cause a “civil war-like fracture” – had “put our democracy in danger,” Harris complained.

Twitter politely demurred to kick one of its most popular users off its platform then, disappointing the president’s many haters. But the new rules leave the door open for a more robust complaint to exile the president from his favorite platform, and Twitter apparently wants to make sure Trump knows it.

Alex Jones breaks down the gravity of ABC’s latest fake news hoax and the president addresses the scandal as well.