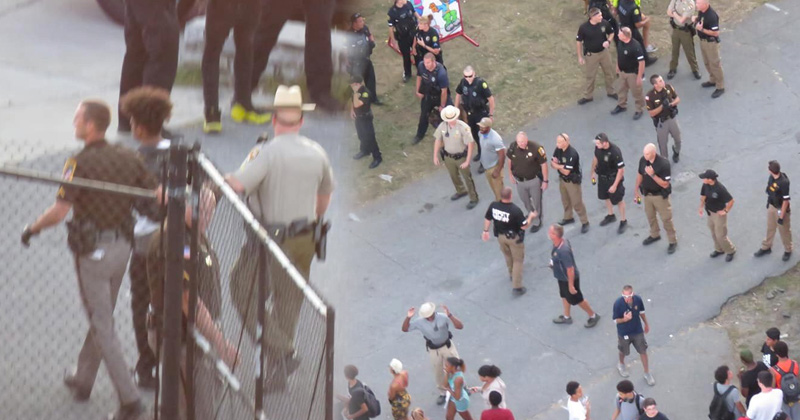 Two Maryland teens may face murder charges after a man they assaulted at a county fair over the weekend died as a result of his injuries.

Police identified Mount Airy resident John Marvin Weed, 59, as the victim of the fatal attack on Friday at the Great Frederick Fair, which many witnesses described as “unprovoked.”

“Criminal Investigators responded to the scene and interviewed numerous witnesses who indicated that the person assaulted was the victim of an unprovoked attack,” the Frederick County Sheriff’s Office stated in a press release Saturday, adding, “No weapons were used or mentioned in this incident.”

BREAKING: @FredCoSheriff has charged a 15yo + 16yo boy for the random, unprovoked attack of a 59yo man at the Great Frederick Fair.

That man died today at Shock Trauma in Baltimore.

Sources say the teens (currently in juvenile custody) may have been playing the “knockout game.” pic.twitter.com/58tI0FPeT5

A reporter for WJLA said sources claimed “the teens (currently in juvenile custody) may have been playing the ‘knockout game,’” a violent stunt where (usually black) teens will target an unsuspecting bystander (usually white) for a random attack in which they try to knock them unconscious.

Many online are referring to the attack, in which a white man was targeted by black teens, as a “hate crime” and asking whether charges will be filed accordingly.

Police have charged the 15-year-old with 1st and 2nd degree assault, in addition to reckless endangerment, while the second teen is only facing one charge of 2nd degree assault. An additional charge of murder, however, could be tacked on following the man’s death, local media reports.

The teens will face an emergency court hearing on Monday.