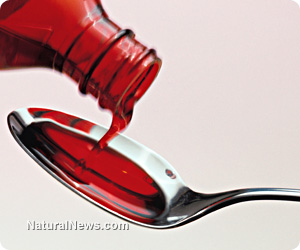 It has been a common household name in over-the-counter pain relief for more than 50 years. But the popular painkiller drug Tylenol is getting a major labeling makeover following a string of personal injury lawsuits. According to the Associated Press (AP), so many Tylenol users these days are suffering major liver damage or dying that the drug’s manufacturer, McNeil Consumer Healthcare, has decided to put a large, red warning label on the cap that informs users about the drug’s risks.

Even when taken at recommended doses, acetaminophen, the primary active ingredient in Tylenol, can cause major damage to the liver, potentially leading to liver failure and even death. In fact, acetaminophen is currently the leading cause of sudden liver failure in the U.S., as its toxic metabolites have been shown to kill liver cells. The drug is so toxic that as many as 80,000 people are rushed to the emergency room annually due to acetaminophen poisoning, and another 500-or-so end up dead from liver failure.

These are disturbing figures that might come as a surprise to most people, especially considering that millions of Americans pop Tylenol and acetaminophen-containing drugs on a regular basis. But with more than 85 personal injury lawsuits and counting filed against the company in federal court, McNeil is feeling the heat from a drug that has long been claimed as one of the safest painkiller drugs on the market, which it clearly is not.

“The warning will make it explicitly clear that the over-the-counter drug contains acetaminophen, a pain-relieving ingredient that’s the nation’s leading cause of sudden liver failure,” writes Matthew Perrone for the AP. “The new cap is designed to grab the attention of people who don’t read warnings that already appear in the fine print on the product’s label, according to company executives.”

NyQuil, Sudafed, Excedrin and many other common drugs also contain acetaminophen
Despite the new label, McNeil, which is owned by drug giant Johnson & Johnson (J&J), insists that Tylenol is safe when taken as directed. But what the company fails to admit is that many people are taking not only Tylenol but also other drugs that contain acetaminophen, which increases their dose of the chemical to levels that are much higher than they probably realize.

Combining these and other acetaminophen-containing drugs is a major cause of acetaminophen overdose, say experts, hence the addition of the new labels. But some people who stay well within the maximum daily dose of acetaminophen, which is currently set at 4,000 milligrams (mg) per day, still fall ill or die, which suggests that perhaps any level of acetaminophen is toxic and should be avoided.

“It’s still a little bit of a puzzle,” says Dr. Anne Larson from the Swedish Medical Center in Seattle, Washington. “Is it a genetic predisposition? Are they claiming they took the right amount, but they really took more? It’s difficult to know.”