The first photograph is from Spring 2013 and shows Okaidi with the American who has been the principal coordinator of US policy on Syria. The last two photographs are from a meeting days ago when Congressmen Adam Kinzinger (Rep Illinois) and George Holding (Rep. North Carolina) met with Okaidi and other “moderate rebels” in Turkey.

Other photos show Okaidi with ISIL fighters and being interviewed about his relationship with ISIL. The photographs are from videos identified at bottom.

Photo 1 / May 2013/ Okaidi with Robert S. Ford, US Ambassador and Coordinator of the “Friends of Syria” Photo 4 / November 2013 / Interview with Okaidi “My relationship with the brothers of ISIL is good.” Photo 6 / Sept 24 2014 / Congressman Kinzinger after meeting Okaidi and other “moderate rebels” who the US is arming, supplying and paying salaries.

By funding “moderate rebels” like FSA Colonel Okaidi, the US is in effective alliance with ISIL.

Under international law it is illegal to encourage, support and aid military and paramilitary activities against another State.

1) FSA leader Okaidi with US Ambassador Ford and ISIL leader plus interview with Okaidi:

2) Okaidi and Representative Kinzinger in Turkey:

Rick Sterling is active with the Syria Solidarity Movement and Mt Diablo Peace and Justice Center. He can be emailed at: [email protected]. 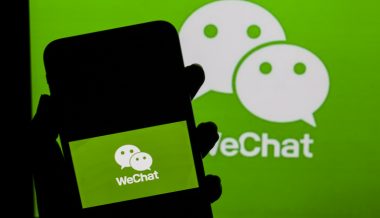