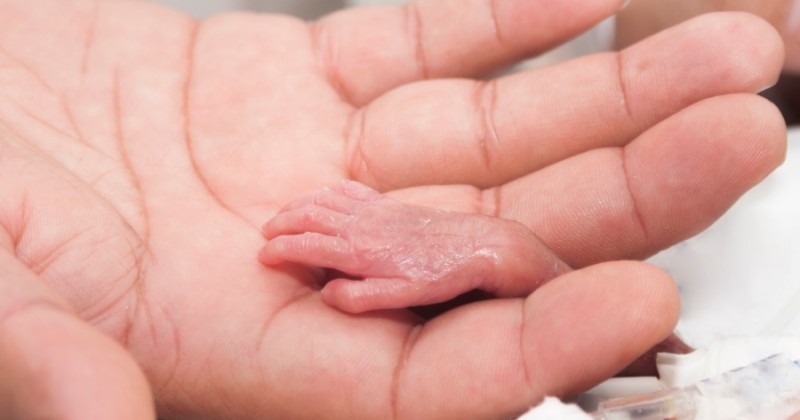 “Having a child right now feels like a big luxury.” Facing an out-of-control disease, a grim economic climate and with some states banning abortions as non-essential, many women are rushing to terminate their pregnancies.

The coronavirus pandemic has impacted every aspect of life in the US, including one deeply controversial topic: abortions. Several states – including Alabama, Arkansas, Louisiana, Ohio, Oklahoma, Tennessee and Texas – are trying to ban abortions, calling them “non-essential” procedures in the wake of a public health crisis. As a result, some clinics have closed, while others are experiencing a spike in requests from women hoping to get an abortion while they still can.

The Trust Women abortion clinic in Wichita, Kansas, reported performing 252 abortions in March, up from 90 in March, 2019. Julie Burkhart, the chief executive of Trust Women, told RT.com this week that between the Wichita, Kansas clinic and her other clinic in Oklahoma City (which was briefly closed but has since reopened), they have seen a “300 to 400 percent” increase in their patient load.

“The women who have been calling are uncertain about having a baby when the world is so unpredictable all of a sudden, and they’re worried about money due to the sharp rise in unemployment,” she said. “We’ve been seeing more women calling earlier than usual in their pregnancy, and there’s this urgent nature to it.”

Burkhart said that several of the people that she spoke to on the phone at her Oklahoma City center asked if she could assure them that the governor wouldn’t take steps to ban abortions, given that they’ve had so many appointments canceled in their home states as a result of the bans. These women are under the intense anxiety of not knowing if they will be able to get an abortion at all, so it feels like now or never.

Some women have been traveling hundreds of miles in order to reach a clinic that would grant them an abortion as soon as possible. While this seems like an excessively challenging situation for anyone, it’s also simply not possible for women with limited financial means. Some of the states that are enacting bans – such as Alabama and Louisiana – are among the poorest in the country, pointing to a likely increase in the number of women who will be forced into having children they don’t want.

“Some people are going to be having children that at this time they would have elected not to,” Burkhart said.

The Covid-19 pandemic has shed a stark spotlight on income inequality in the US, given that wealthier individuals and families seem relatively unaffected in comparison to those in lower-income jobs that virtually disappeared overnight. But now it seems that this inequality is also at the heart of the decision of whether or not to have a child, especially in light of the looming economic recession.

Ann Furedi, the chief executive of BPAS, Britain’s largest independent abortion provider, said it was too early to tell if the UK would also see a spike in the number of abortions. She told RT.com that, historically, recessions can be associated with both an increase in birth rates and abortion rates.

“You can have an increase in the birth rates because people can make the decision that it’s a good time to have a child because they’re going to be off work anyway,” she said. “But then there are issues of poverty and concerns about welfare.”

“What we can say at the moment, however, is that in many countries, women have a higher expectation of control over their lives than at any time in history, and do not expect to have to adjust their lives to cope with an accidental pregnancy. So at a time when there’s impending financial insecurity, it’s likely to exacerbate the trend for women to choose to end unwanted pregnancies rather than ‘muddle through’ somehow.”

When I asked some of my female friends this week if they would go through with a wanted pregnancy in the midst of this crisis, the answers were divided. One 30-year-old, who asked to remain unidentified, said that she would go ahead, because “you can’t stop your whole life and biological clock and bad things are always going to happen in the world” and because “more companies are going to have to get used to people working from home for the foreseeable future, which is probably a silver lining if you’re pregnant.”

However, she cushioned that statement by admitting she might feel differently if she weren’t in a good financial position at a stable job that allows her to make a high salary while working from home.

Katherine, a 34-year-old registered nurse and mother-of-one living in Brooklyn, said that she would “absolutely” not give birth in the current climate. “My husband is out of work right now, and I can’t afford childcare,” she said. “Having a child right now feels like a big luxury.”

If only churches took their mission as seriously. In areas where abortion clinics have been ordered to close, they’re defying orders. But Democrat govts across the country keep abortion clinics open as “essential” while closing gun stores and gun manufacturers.